Why I’m Harder On My Daughter Than My Son 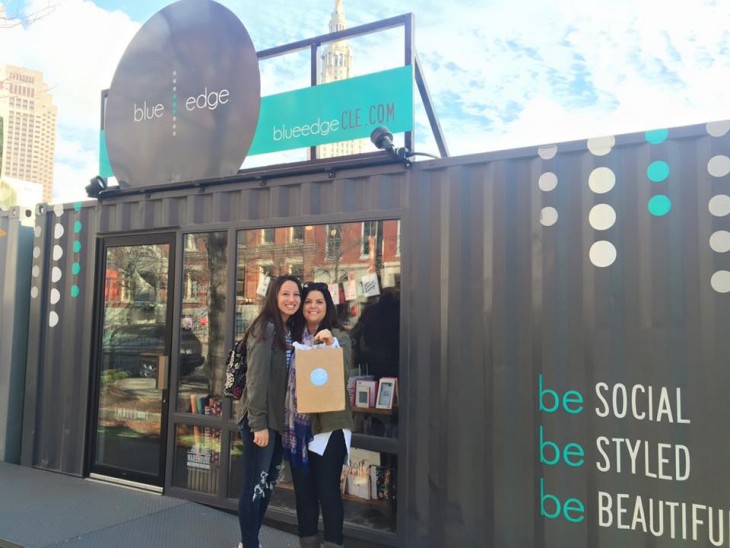 The bond between parent and child is astounding. We all know we would lie down in traffic, take a bullet or give up everything we had to protect our kids. No news there.

I’m lucky enough to have both a son and daughter. I get to experience two very different relationships with my children. In a very stereotypical fashion, I try to connect with my son about sports and … well, sports. My daughter and I talk much more about issues at school, what’s going on in the world and we do spend quite a bit of time shopping.

Nothing new there either.

But I’ve been struggling lately with the fact that I can no longer hide that I’m way tougher on my daughter than on my son. My expectations are higher, the punishments tend to be a bit more severe and I push her harder than I’ve ever pushed him.

As a Gen Xer, I was reared in the business world not as an equal. Not in every instance, but in more times than I would like to count, I was treated differently based on my gender. I’ve been deposed as a witness in a sexual harassment case and I’ve sat in many HR offices defending a female who works for me when she fought for equal pay.

I’m not whining. I would assume that most women 40 years and older who are reading this are nodding their heads (many younger too – no doubt). It’s something most have experienced in one way or another.

I often remind myself, for the most part, I think those days are over.

I now work in an environment that is predominantly female and where I have an equal opportunity to succeed. It’s refreshing. Last month I smiled ear-to-ear when I received a promotion – one that I knew I deserved. It felt good, yet I quickly reminded myself that this wouldn’t have been so easy 20 years ago.

I’ve also learned to stop punishing myself and my gender to get ahead. For most of my 20s and much of my 30s, I did my best to eradicate anything that remotely bucketed me as a “female” in the workplace.

I learned to never ask anyone for help – I had to show I could figure things out on my own because needing help would be deemed a sign of weakness.

If you cried, left early for sick kids, refused travel because of family issues or anything else that made you remotely human (and female), I would not have your back (yes, I will take the shaming right now – I deserve it). I wanted that promotion, I wanted that new title and I wanted more money. I wanted to be treated like one of the guys.

At the age of 40, I’m proud to say that I’m no longer that woman. Somewhere on my journey, something clicked. I met some women who taught me (by example) that you could be both a leader and female. I watched people who didn’t claw their way to the top over the backs of other women, but who held their hands and pulled them along for the ride. I witnessed women openly have empathy for colleagues and also watched as Senior Vice President’s and higher allowed themselves to be vulnerable in the office.

These women changed me. And I’m so thankful. And now I manage down the same way. At least once a month I find myself saying to a female colleague, “Please stop apologizing for being you,” when they say sorry for showing some emotion during an extremely tough situation.

I no longer think it’s normal to drop your gender and the traits that come along with that at the door every morning as you head into work. I think it’s absurd. I spend typically 11 – 12 hours a day at work. How effective or real would I be if I spent that time not being me? And I think I’m a much better manager and performer now that I’m true to myself.

So this leads me back to the dilemma with my daughter. If all this is true – and I believe that women now have the ability to be themselves in the work place – why am I pushing her harder than my son?

Why do I find myself telling her during a softball game, “Don’t you let them see you cry,” when she is knocked down a little too hard, or when she is arguing with her friends, “Stop being so emotional. Keep a level head and be above this drama.”

I confuse myself. I know this is the way my mom raised me. But I also know she spent her time in the workplace during a very different era.

I don’t always see it in the moment. I see it when I’m lying in bed at night reliving my day.  Many nights I see clearly that I rewarded my son for an average grade, but I spoke a little more sternly to my daughter and reminded her she could do better when she brought home the same exact mark.

I infuriate myself. But it goes back to all the things we would do to protect our children.

Maybe I know deep down that I tend to wear rose-colored glasses when it comes to gender issues and I would do absolutely anything to prevent my daughter from going through some of the things I did.

Maybe I know that for every Warren Buffet out there who fights to equalize the workplace, there are ten others who are fighting to keep it the same.

Maybe it’s because in 2014, women working full time in the United States typically were paid just 79 percent of what men were paid (a gap of 21 percent).

Maybe it’s because while Sheryl Sandberg’s push and campaign around her “Lean In” philosophy has reinvigorated the gender conversations, my twitter feed is still filled with people who hashtag deplorable and sexual ways that women can “lean in” in a different way to get ahead (let your imagination figure that one out).

Maybe I still hear the disgusting jokes said about Hillary Clinton as she tries to become the first female President of the United States.

Maybe it’s because I was one of the people who screamed at the top of her lungs with pride when the U.S Women’s Soccer Team defeated Japan for the World Cup to then find that they only earned a slither of what the men did (who did not win).

At the end of the day, my daughter doesn’t understand it. She’s being reared in school to believe she can and will do remarkable things – and nothing can get in her way. So I can only imagine how my parenting can confuse her.

So I ask all of you parents of girls out there – do you struggle with this? Do you find yourself doing the same thing?

I’m willing to say with confidence that I don’t know if I’m doing the right thing and I need help. And I don’t think that makes me a weak person.