Why I Refuse To Write An Email Like A Man 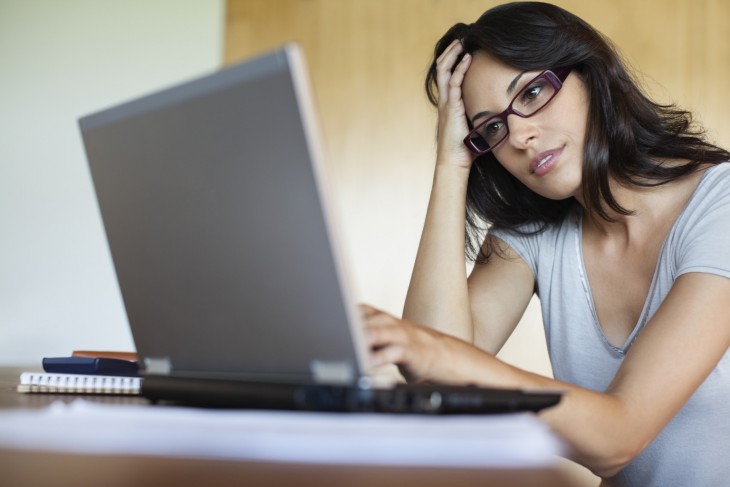 Have you seen (or even tried) Google Chrome’s new plug-in that is supposed to help women write stronger, more impactful emails? “Just Not Sorry” launched about a month ago and once downloaded, will underline negative phrases in red that could weaken a message.

I will admit, it definitely caught my eye. Why shouldn’t it? I know that when it comes to salaries, women don’t make what men do (on average, we earn 78 cents for every dollar a man earns).

I’m sorry, but that just doesn’t make sense to me.

And if you re-read that last sentence, I apparently made two very bad mistakes that could cost me my credibility in the workspace (according to “Just Not Sorry”).

We have all read the articles that tell us that women say “sorry” way more than men. I can’t remember the last time I heard my husband or any male colleagues say it.

But that doesn’t mean that they shouldn’t.

I’ve been moved by leaders like Warren Buffett who have gone on record to say that our nation’s “secret sauce” isn’t just one ingredient short – but rather, it’s missing half the recipe. In 2013, Buffett said that as successful as America has been, it did so using half the country’s talent. And he challenged us to think what our country could be like with more female CEOs and leaders who can challenge what we have built, and make it stronger!

And Buffett isn’t the only person saying it and pushing for more female representation at the senior level – the list is long and distinguished! But no where do I see these folks telling us that they want to see what women can do in America, once they learn to act, write and talk like men.

Doesn’t that defeat the purpose?

Aren’t we being recruited because we do think and act differently –and because we can bring a different level and depth of thinking to the Board rooms?

I don’t think I would be the most impactful in my job and in my company if I spent a lot of my day trying to retrain my brain to only use words that someone else has defined as impactful.

And for the record – I don’t believe in raising my daughter or managing the women on my team by telling them that they need to stop apologizing. Isn’t empathy and emotional intelligence being touted as leading characteristics for future leaders? People are constantly lobbying to stop looking at IQ and start looking at EQ.

That’s what surprised me the most about this new tool – it comes at a time when companies are looking to change culturally. They are reconfiguring PTO (paid time off) policies, thinking about maternity and paternity leave differently and skewing away from Myers Briggs’ philosophies.

But similar to Lean In (which I admire for its mission) – it is putting the onus back on the women. America, we have a gender problem – so women, start acting more like men.

To me, the approach is still wrong.

So, at the end of the day – I don’t plan on downloading the app. I can only imagine how many redlined words would show up in this blog alone.

I happen to like my emails just the way they are. I tend to get pretty good results when I apologize for interrupting my designer on a Saturday or I tell my colleague “I think” rather than “I know” why something isn’t working.

Maybe that makes me weaker.

Or maybe it makes me kinder and more collaborative.

Either way, I JUST won’t apologize for it!