Why Barbie Is Sparking A Diversity Debate 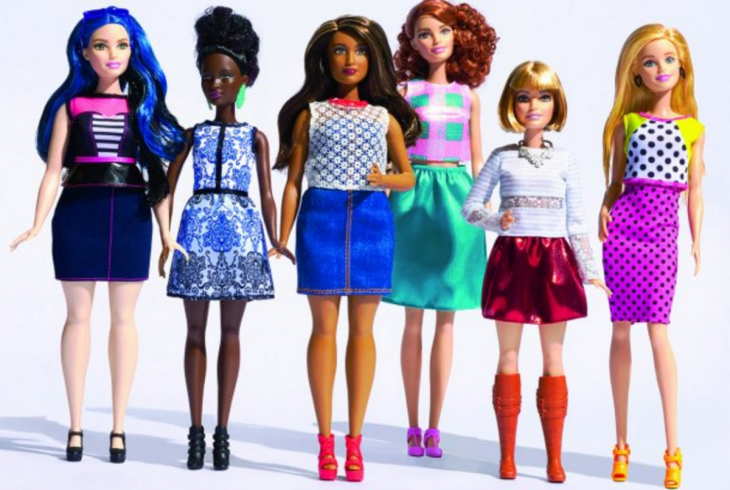 I read an interesting LinkedIn blog this week by Kelly Parisi from Lean In.

Kelly’s blog was about the great Barbie debate! For those of you who hadn’t seen the recent news, Mattel rolled out more diverse Barbies last week (after quite a bit of backlash and pressure from moms and activists) and the conversations became heated!

Personally, I was ecstatic when I saw that Mattel was diversifying the measurements and colors of this icon.

And what struck me about Kelly’s post was she didn’t think Mattel’s new line of Barbies was necessary. She asked…”does it really matter?” Her thoughts were that this is an adult debate and that the kids really don’t care what Barbie looks like.

Hold on! Are we assuming that kids don’t care because they don’t have the capacity to see color, size and differences at a young age? Here are my counter points to her perspective:

Kids Identify With What They See:

While many kids may want a Barbie, that doesn’t mean they wouldn’t prefer one that looks like them. Why would it “not matter” for a Latina girl if she wasn’t able to find a Barbie that even remotely resembles her? Of course they notice that the skin tone doesn’t match or that the hair feels differently. And why wouldn’t Mattel, given that so many have boycotted the brand until they make more of an effort, do everything they can to make their dolls culturally more inclusive?

We have thrown billions of dollars into launching brilliant ad campaigns, changing educational structures and teaching tactics so that young girls are taught at a very young age that they can have a career in STEM, they can become the President of the United States and that they need to love themselves no matter what shape or size they are. So, do those campaigns and messaging really not matter to the kids – just the adults?

Barbie Can Be A Teaching Tool:

Let’s really think about this for a second – in a country where second graders are on diets, I would say that children can notice, especially children who look different than their peers. Research shows that children as young as five years old (other research states younger) can recognize racial differences. Children have much more capacity than the author acknowledges.

But if kids don’t notice on their own, it should be our job as parents to make sure they are noticing. My daughter’s toys, books and other kid props are diverse – and we have talked about it since she was four.

With racial tensions at a high, this is a way for parents to teach kids about diversity in their own space!

But when you get down to it – you don’t make more diverse Barbies just to make white girls understand the value of diversity. You diversify the Barbie line to make the rest of the population feel included and represented.

And the fact that this idea was lost on someone from Lean In, did give me pause. It is very easy for a white woman to say that the kids don’t care what Barbie looks like. BECAUSE THEY LOOK EXACTLY LIKE US!

So while I respect Kelly’s opinion, I do think looking at this as an “adult issue” can be very dangerous. Even if we do assume that the kids don’t care – shouldn’t it be our mission to make sure they do?

This blog was originally posted on LinkedIn.