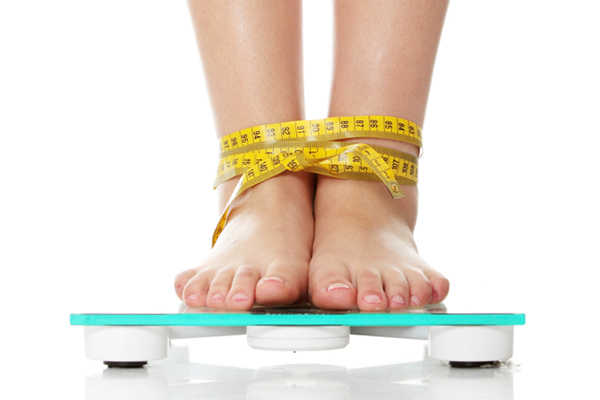 I never felt pretty or popular when I was younger. I had a deep love for oversized men’s shirts and brushing my hair was maybe a weekly thing. I knew I would never be a part of that upper echelon of popular pretty girls, so I just accepted a life of flying under the radar. But as soon as my growth spurt hit I was suddenly met with remarks on my body. Being 5’9”, not only was my height apparently remarkable to some, so too was my lanky figure.

And it felt really good. The way people commented on it was almost as if they were congratulating me, like I should be proud of my genetic accomplishment. As if I had achieved something that finally made me note-worthy. I may not have felt like I was the smartest or prettiest, but I was considered “thin”, which seemed like winning the societal lottery. Inadvertently, my weight had become my most valuable attribute.

Then came college, and I went through the bad thing that changed my life forever.

For anyone who is familiar with eating disorders, it’s rarely about food. It’s about the ability to control something when the rest of your life seems to be in chaos. And I was in a complete spiral.

I thought that if I kept my body looking a certain way no one would see the internal failure going on inside me. I never really deprived myself or developed anorexia, but I began cataloging everything I ate. I became like a caloric Rain Man. All my notebooks were filled with numbers and calorie intake totals of my days and weeks. For those who know me and how bad I am at math, this method of coping is particularly ironic.

Because I felt my intrinsic value was tethered to how my body looked, I desperately needed to keep up appearances. My greatest fear was to have people say “Yeah, she had this thing happen and look at her now, she’s put on A TON of weight.” I couldn’t lose the one thing I thought I had going for me, in addition to everything else.

Even as I returned home to recover and rebuild, the obsession grew into a specific number on a scale that I felt represented the finish line of my recovery. I was told that exercise and eating right is good for mental health, so what was the problem with setting a goal and working hard to get there?

The problem was that number had now become my everything. A representation of what I thought was a finish line; a completion of a painful time, and a numerical foundation on which to measure my future happiness.

I became a prisoner to the scale. I had quieted the caloric obsession and was considered healthy, but I was still obsessed with that number. I would wake up in the morning and the first thing I would do is jump on the scale. If I saw what I wanted, I felt euphoric, unstoppable! If it was off by even just a pound or two, it would set off anxieties like, does this mean I’m backsliding into depression? Will people notice and think I’m still troubled?

I thought that number was a benchmark for happiness, but instead it was a shackle. Like the last remaining evidence of the person that I was and what I went through. A stain I couldn’t scrub out. I wanted it gone.

So I stopped looking at it. I untied myself by removing the scale. Quite literally – out of sight, out of mind.

It’s been eight years since I’ve seen the number. The weight on my driver’s licenses and anything else is just a guess. I make nurses at doctor’s appointments write my number down instead of saying it out loud at appointments so I don’t have to hear it. I make up a lie like, “I’m in a weight-loss contest and I don’t want to know until the big reveal.” All I care to know is how I feel. There’s weeks where I eat like an unsupervised child at a grocery store and clothes feel tighter, but I refuse to punish myself by jumping on a scale to assess the damage. I’m still the same person that I worked hard to love, even if I need to wear stretchy pants for a little bit.

I know my body issues will always be there, even if it is just an occasional murmur rather than an obsession. I think about what will happen if I have a baby and I can’t lose the weight right away. And I still cringe a little any time someone makes a comment about my body. But I also know my self-worth and confidence is no longer tethered to something so volatile and meaningless. My intrinsic value is now on my terms, calculated by who I am and who I surround myself with, and that is much more weighty than any number.

A 30-something Cleveland native who writes better than she speaks.