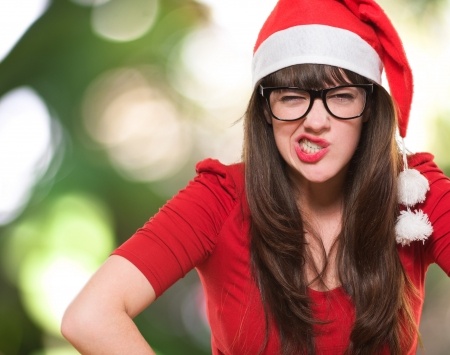 Hope that all of you had a delicious and relaxing Thanksgiving with your families. Usually, we split our time between at least two dinners, but this year, we had three different dinners over the course of a week. I prefer that course versus rushing and gorging multiple times all in one day.

And now, the negotiating for Christmas begins with our families. Who gets peak times vs. off-peak? Who will host? Will we have to commute an hour or more? Must we forgo nap times and suffer the consequences as soon as we depart for home? Bah humbug!

I think what’s most challenging is scheduling around two spectrums of generations: little kids and elderly great-grandparents. The little kids need to nap and want to stay home on Christmas to play with their toys and the great-grandparents don’t want to drive at night and really hold tight to family traditions.

If we’re lucky, it will all work out. My preference, again, would be separate celebrations. But, sometimes we’re not lucky and at least one part of the family gets frustrated. Tis the season!

I complain about this every year. Some friends suggest to host and invite everyone to come to us. Some say do what you can and decline the rest. Some say pack a flask wherever we go and invent drinking games. Some throw up their hands and say they have the same struggles.

How do you all navigate family time during Christmas Eve and Christmas? Please share tips on how to hold onto the magic of the season!