The Stigma of Suicide 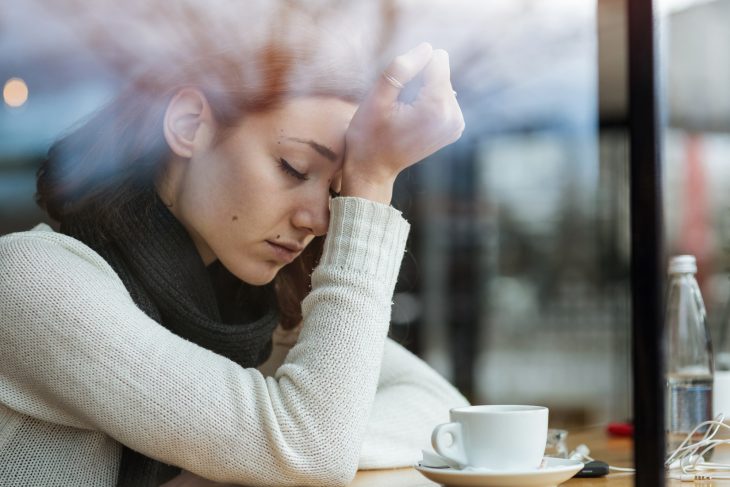 September is suicide prevention month and in honor of that I would like to discuss the stigma of suicide.

I’m very forth coming with my struggles with depression and anxiety. It does me no good to keep those feelings inside, so when the opportunity arises for me to talk about them, I do. I’m not as open about my own suicide attempts because there is an intense amount of shame that follows it. I’m not proud of the fact that I have taken a hand full of pills to attempt to stop my heart, but it is something that happened when I was at the bottom and in despair. I’m not proud of the fact that I called the suicide hotline begging for help, but I did it and I’m still here.

As a Catholic (and any person of faith might agree), taking ones own life was always seen as a horrible sin that was the same as committing murder. People were not able to have Catholic burials in the church because their sin was so grave. This has later been changed and people can now have Catholic burials. I always would say how selfish it was to commit suicide, how can a person do such a thing? And then it happened to me. The depression was so deep and I didn’t see a light at the end of the tunnel. My anxiety was through the roof and nothing in my life made sense. Did I want to die? No. But did I want these feelings to stop? Yes.

That’s the thing about suicide. It’s not selfish. In fact, more often than not, the person considering it is being selfless. They are in that low of a state that they believe the world and their loved ones would be better off if they were no longer living. Read that sentence again. And read it one more time. That’s how low a person gets when contemplating suicide. The world would be better without them here. That is the lowest of the low.

There is still a huge shame with discussing mental health issues. And to that I say, SCREW THAT! People are dying because they are afraid and ashamed. No more, we can’t continue this way. Here’s some advice I have to offer to anyone struggling. Know that you are not alone. I know it feels like you are, but I guarantee you that you are not. Reach out to a family member, a friend, the suicide hotline. Verbalize those feelings and realize that they might be irrational, but they are valid feelings. To the friend or loved one who sees someone suffering, just listen. Don’t judge and don’t criticize, just listen. Let your friend or loved one vent and reassure them that they are loved and cared for and that they have a right to their feelings.

The internet can be a dark and scary place at times, but it also offers connections and avenues to get help. If you or someone you know is having suicidal thoughts, please look up the suicide hotline or suicide message boards. There are a ton of resources at your disposal. The first step to anything is admitting that there is a problem and then you must seek help.

September is suicide prevention month, but please be open to this struggle all year round. We are better than stigmatizing pain.

Michelle is an actor and writer who was born and raised in Cleveland’s Little Italy. Some of Michelle’s hobbies include: reading, writing, film and carrying conversations solely made up of movie quotes.