The Power Of A Subtweet 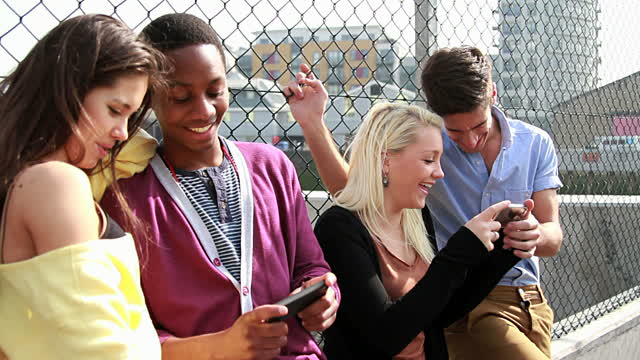 Warning: This post contains graphic language that may not be suitable for younger audiences.

The power of subtweets has taken over the twittersphere over the past couple of years. Being 40 years old, I knew what it was but didn’t realize there was a term or a mass following of the practice until recently. And of course, l learned about it from expert sources – my teenage kids.

What is a subtweet, you ask? Well, the technical definition is “a post that refers to a particular user without directly mentioning them, typically as a form of furtive mockery or criticism.”

For those of you who have chosen to ignore Twitter altogether (please see my old post on The Top Four Reasons I Stalk My Kids Online), think of twitter as a micro-blog. And when I say micro – I mean a 140 character limit. You are able to tweet short posts, pass along articles, pictures and videos and engage in real-time discussions.

Each person who creates an account gets a handle. For instance, my handle is @amymartin216. That is how you find me on Twitter. So ideally when someone is tweeting at me or about me – they tag me. Which means they include my handle in their tweet. That is the way that people communicate to each other on Twitter.

While the act of subtweeting isn’t that new to me, the fact that it is so trendy is – and I would like to naively think it’s not that prevalent in the adult world. Maybe it also means I don’t follow a lot of mean people on Twitter. Either way – I’m glad it doesn’t constantly populate my Twitter feed. It would make me hate the channel.

But it took about five minutes following some high schoolers on Twitter the other day to see how constant it is in their daily routines. And the subtweets are merciless – everything from girls calling other girls whores to bashing someone’s weight.

Why do guys with hot girlfriends hang out with nasty whores? WTF?

Now, when it comes to bullying, these horrific comments are nothing new. Many parents have lived through days, weeks, months or even sometimes years when their child doesn’t want to go to school because they are being bullied. There really is no bigger heartbreak.

But subtweeting changes the bullying game in a real way – and gives the bullies much more power, because it gives them an out – it allows the bully to deny that the tweet was about a particular person. And because they haven’t tagged anyone in the tweet, there is no way for parents, schools or kids to prove it.

While I was doing some recon for this blog, I watched a nasty subtweet by a teenage girl get retweeted more than 72 times this past week (the average person who retweeted it had roughly 1,000 followers), which means that it’s possible that close to 72,000 people ended up seeing that subtweet.

And sadly, I don’t see any of it changing. Social media has taken hold and it’s not going anywhere.

So I’m throwing a problem out there with little to no solution. The only thing I can do as a parent is to continue to monitor my kids online. Our schools insist on it and beg us to monitor our kids’ online activity. And after seeing what I saw this past week – I would actually join their pleas and ask you to do the same thing.

It’s so easy for all of us to say that we don’t understand social and use our age or generation as an excuse. I know I’ve been known to say that I will never join Snapchat but I’m rethinking it now.

Teenagers are too young and emotional to understand the power that subtweets have. So at least join twitter and follow your kids. It will take you about 10 minutes to do so. You never have to tweet – just simply check their tweets now and again and make sure they aren’t putting something out there that has the power to devastate someone else.

I’ve always been transparent with my kids – they know I watch them online and I would like to think it’s why I’ve never seen a post from them that has made me cringe (yet). I know the day will come…

It’s not easy for parents to keep up with technology, but we have to look at it as keeping up bullying. If we don’t watch and protect our own kids (and others), the teenage suicide rates will continue to skyrocket.

I will end this blog with a funny conversation I had with my daughter when I decided to directly talk to her about subtweeting and get her take on it.

I came out and asked her if she knew what subtweeting was. She smiled that smile that tells me she thinks it’s funny that I’m trying to use her terminology. “Yeah, it’s throwing shade without naming names,” she said.

I tried to play it cool (unsuccessfully), and asked her what she thought of it. She very honestly explained that sometimes she thinks it’s hilarious and sometimes it’s pretty awful. A response I expected.

I asked her why she doesn’t take a leadership stand and tweet out “Only cowards subtweet.”

Her response: “Yeah, um, that would actually be a subtweet!”