Put it in writing: the power of a plan 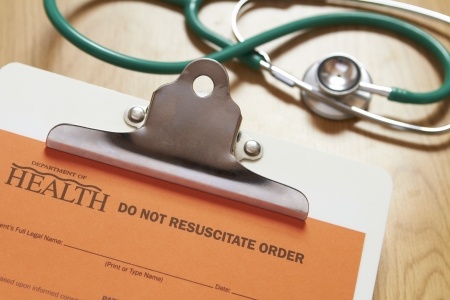 One year ago, my mother was rushed to the hospital after collapsing in her apartment where she lived alone. I was told she’d had a stroke and was comatose, her situation critical. Touch and go, her 66-year-old body was also wracked by pneumonia and years of chain-smoking.

My mom and I are not close. In fact, when my brother called to alert me to her health crisis, she and I had not talked in nearly ten years.

I did not rush to intensive care to be by her side.

Instead, I deferred to other family members, ones with whom she was still speaking. They sat vigil and kept watch on her failing health. They updated me regularly.

I wasn’t brought directly into the situation until end-of-life decisions needed to be made, the responsibility of being one of two children, her next of kin. 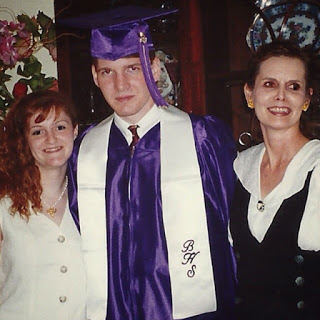 Each question was like a punch in the gut.

We weren’t close, but that did not mean I wasn’t deeply concerned for her comfort. I was certainly not dismissive of her wishes, whatever they might be.

As it turns out, there were no wishes. She had no plan or preferred course of action, so it fell to her kid to come up with one.

I definitely struggled with the ethics of making decisions for a woman I had not spoken to in nearly a decade, but the law and hospital administration didn’t care when we last chatted. They needed to hear it: DNR. Do Not Resuscitate.

If my mother stopped breathing then nothing would be done. No heroic measures. No scrambling doctors and nurses. No drama. That was the decision.

It was harder than I ever dreamed it would be to speak the words. When someone you love is in a life-or-death situation, the idea that it will end with the latter can knock the wind out of you.

Now imagine it will end that way because you said so.

The pressure to make that decision was soul-crushing.

With nothing in place, no documents, no will, and no plan, it was left to my brother and me to choose. Yes, the doctors were doing all they could to make her better, but there were no guarantees.

In the days that followed her health began to stabilize and improve. And in those days I learned more than I ever thought I’d know about health insurance (or as it turned out the lack of it), what is covered, how much things actually cost, the level of care in a teaching hospital, palliative medicine, power of attorney, and potential long-term care for an indigent patient.

My mother recovered from her health scare, though I’m told she suffers from a number of side effects like slurred speech and memory loss. I’m also told she has no recollection of being at death’s door.

No matter your personal situations with the ones you love… whether you’re on a ten-call-a-day basis or barely speaking… please don’t leave them with loose ends.

I’ve been there. And knowing my mother, I could very likely be there again.

You know you’ve thought about it and you probably have a pretty good idea of what you would want for yourself and who should be making those decisions for you, if, God forbid, you need them to be made.

Put it on paper. Tell someone. Have a plan.

Cleveland Clinic has valuable information on end-of-life planning, as does University Hospitals.

I’m Meg and I live my life in jeans. I’m a Louisiana woman who rolled into Cleveland in 2011 and started a true love relationship with the Midwest. Moving to Cleveland changed my life. I finally decided that I was tired of being tired and made drastic changes to improve myself. Eating right and exercising are just part of the equation. I’m also on the hunt for new ways to lessen career stress and keep things casual. Join me as I explore life through a southerner’s eyes in one of the most misunderstood cities in the country.