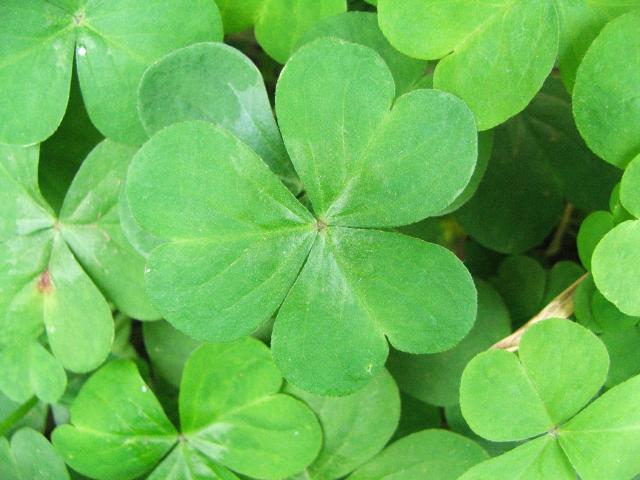 It’s a phrase we say often to each other. “You are so lucky.”

And it’s always meant with the best intentions. But it’s a phrase that does bother me when used out of context.

When you win the lottery, that phrase works. When you get hit in the face with a softball and your nose doesn’t break, I would agree that luck is in your corner. When you fly by a cop and he is looking the other way, you definitely have the luck of the Irish on your side!

But where I think most get it wrong is when they look at couples, families and people who have worked very hard to stay together or keep moving forward and say, “You guys are so lucky.”

As you can imagine, given our family situation – this phrase is said to us all the time. My husband probably hears it more than me.

And on really tough days – what I want to say back is:

“There was no luck in the courtrooms where we sat countless times fighting for custody.”

“There was no luck around when we had to uproot children and ourselves to a different city in under 60 days.”

“There was no luck on our side when fighting with the school system for years to get my name added to our kids’ emergency contact form.”

“There was no luck in the classroom with us when we would sit weekly with our kids’ teachers discussing how we can get them caught up.”

“There was no luck in our house when my husband and I would often take our frustration with the situation out on each other.”

Luck implies that what we have was handed to us – instead of built over time. And that, I can promise you, was not the case.

And I’m sure the same goes for all of you. Life is hard. Marriage and compromise ain’t easy. Raising children is terrifying and exceptionally challenging (when you are trying to get it right). So, when you throw a phrase out like that, you can often take away the work, sweat, tears and perseverance that goes into it.

I hear it said quite often to families or people who have overcome some pretty big obstacles. And I don’t get the sentiment.

I look at these people and I see how hard they have worked and how much they have sacrificed. I consider them fighters. These people work insanely hard at doing what is right, doing what is best for their families, sacrificing daily and most of the time, putting themselves dead last in order to push someone else forward.

No luck involved. At all.

But it’s easy to say. It’s a common phrase and it implies that the person you are saying it to is blessed. And I would have to argue with that one too but that is for a whole other blog…

But for now, I ask that you reconsider that phrase when you can. Think about the journey that got that person or that family to where they are today.  Think about the struggles they endured to make it out on the other side.

And just try not to say it. I know it’s hard.