Not Everyone Can Be Oprah…Or Lebron James 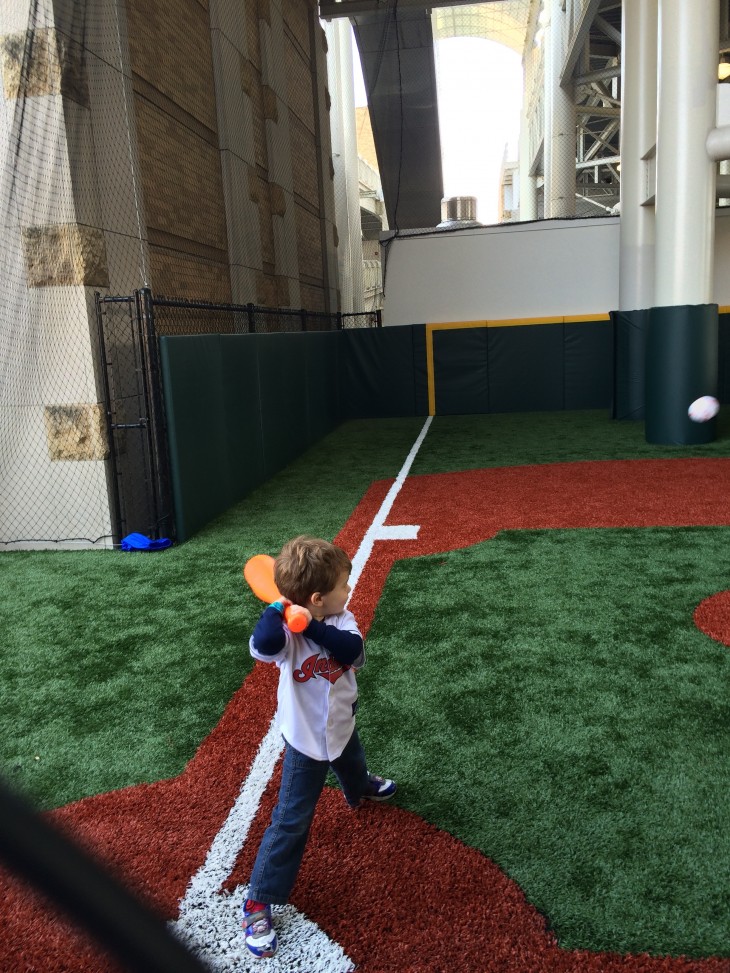 In our professional careers, many of us start with one job or focus and later shift to something new, or move up to something better. We do not stay static in one position for our entire lives. If we did, we would never learn anything new or grow into a better person.

Being cross-trained or simply learning skills through experience can open more doors for you in the future by expanding your breadth of capabilities. I firmly believe, and many of you may agree, that knowing multiple disciplines is a good thing. Being a specialist is great and can bear its own rewards, but in today’s workforce, people are expected more and more to know a variety of trades.

As a mother in business, I have to relate this to the huge wave I’ve seen develop over the past ten years – children being specialized in one sport from a very young age. Let’s start with mine and my husband’s backgrounds: I cheered for a Division One College Cheerleading team and competed in co-ed partner stunt competitions as well as UCA College Nationals and for the Cavs. Jeff played Division One for the Bears pre-season and later for NFL Europe. Both of us, along with many close friends, came from multi-sport backgrounds up until middle school. I was in cheer, gymnastics, ballet, tap and basketball to name a few.

Now we have two beautiful sons, ages one and four. Already people ask me what sports my sons will play. To cut right to the chase, my sons will not specialize in any sport, or even be forced to play a sport that they haven’t shown interest in. Sure, my four-year-old and his dad throw around a baseball, and he seems great at it, but it’s something he only knows as a game with his dad right now.

Let’s think of the physical sides of the equation – when a child starts playing one sport exclusively before age 6, it can harm their body by wearing and tearing their muscles and making them extremely prone to injuries. Having a child specialize in one sport could stunt their abilities by limiting them to just that activity. After training year round, a child can feel burnt out and even lose interest in playing. Stunting their development could lead them to feeling pigeonholed and exhausted – and ultimately the parent is responsible.

If a child is playing multiple sports, they will be working different muscles all over their bodies and developing more fully.

Now let’s examine the social and mental development. Parents whose children play sports should be open to the idea of multiple sports because they all have their own “communities.” The atmosphere of the golf team won’t be anything like that of the basketball team, but it’s good for a child to be on different types of teams to enhance their social skills, camaraderie and knowledge and expand their leadership opportunities.

To top it all off, being specialized does not guarantee success in the big leagues! Only a small fraction of high school athletes will play in college and even less will play professionally. One example from the NCAA is this: there are 1,093,234 high school football players in America – only 6.5 percent of them will play in college, and only 1.6 percent of those college players will play in the NFL. After all of the elite training, injuries and years of sacrifice for this sport, a kid might not even make it. Even if they are gifted, they are likely to be burnt out or broken.

My advice? Let a kid be a kid. Allow them to go down their own path and try new things – not only things you want them to be good at. Give them the opportunity to find their true passion in something that they love.

My point is that no matter how specialized, gifted or talented a person is, or how much they have trained for one position their whole life, not everyone can have their own talk show and be Oprah Winfrey – or Lebron James. It doesn’t work in business, and it won’t work in sports, either.

As a passionate mother in business, I feel I have to speak to this topic. Parents should look at their professional lives and think carefully about how they got where they are, and if it is best to send their own child down such a narrow path.

Robin Doerschuk started with Alliance Solutions Group, a full-service staffing and recruitment agency in 2004. She’s now a part-owner and the Director of Strategic Solutions.

When Robin joined Alliance, there were 7 employees and the company delivered <$2 million in revenue. She was a sensation immediately upon hire, and has earned several promotions since. Since 2005, Robin has been the leading sales person in the company, an impressive level of performance in a company that’s a seven-time Weatherhead 100 award winner and that’s growing at twice the rate (30+% a year) of the staffing/recruitment industry.

As Robin continues advancing within the company, she strives to give back to the community by influencing change within several organizations.

Most recently, Robin recognized a need for continuing education for women in business, so she created the Women’s Leadership Conference of Northeast Ohio. She has secured Twelve powerful female speakers for the conference— entrepreneurs, CEOs, doctors and even an Olympic gold medalist. Its inaugural year had 350 attendee’s and planning for WLCNEO 2016 is in progress.

In 2014, Robin was the recipient of the 2014 Distinguished Marketing and Sales Awards from SME Cleveland, and in 2015, she received the Women Who Excel Award from Smart Business Network. Her most notable accomplishment is being a mom of two boys. She is passionate about her work, and about helping those around her succeed.