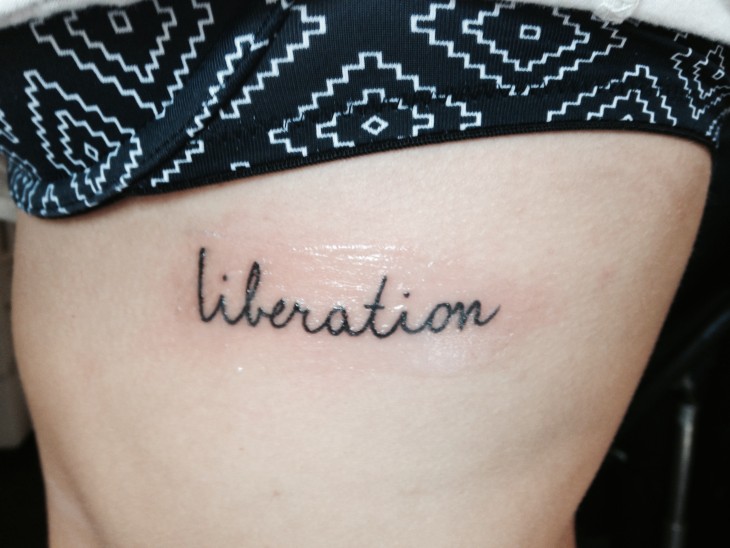 As I mentioned in inked: series ONE, we received so many incredible submissions from so many amazing Cleveland women that we had to expand a single post to an entire series. Series TWO highlights four women that each have unique stories, but are united in their love for yoga.

First up, Halle P, one of the founding sisters of 3Sisters Yoga in Avon, Ohio. 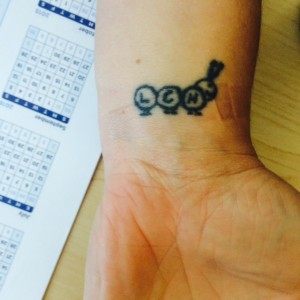 Halle woke up one morning and decided to get a tattoo. She’d been stewing over ideas, when she was stuck by inspiration in her bathtub. Her tattoo is a caterpillar also known as my love bug. Each piece of her bug is the first letter of my sisters. #sistertribe LCH. People frequently ask her if her sisters have the same tattoo, and her answer is usually… Yup in their heart ❤️

Halle’s sister Courtney also has her own tattoo- a gift to herself on her 31st birthday. Courtney’s tattoo, liberation, symbolizes her love for yoga, and also her liberation from expectations she placed on herself in her 20s. 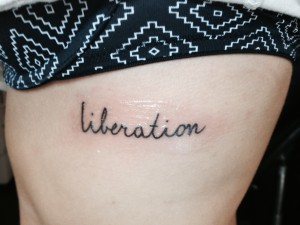 Courtney spent her 20s chasing career and relationships, pursuing the husband + dog + house = grown up vision that she thought everyone was supposed to have. As she entered her late 20s, she realized that her relentless pursuit of this vision was not bringing her happiness, and that her perfect life didn’t have to look like anyone else’s. Liberation signifies this realization, and reminds Courtney the she’s already the best version of herself.

Jessica S.’s warrior tattoo is a reminder to herself that she is indeed a warrior. Jessica has overcome sexual, emotional, physical and mental abuse. She lost 300 lbs and overcame alcoholism. She gained an identity and found self love. 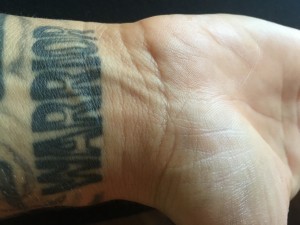 Jessica practices yoga everyday and lifts weights to continue to build her warrior spirit. Jessica says that being a warrior “is about pulling yourself through the storm and coming out stronger on the other side. Its about not giving up, even when it feels like the weight of the world is on your shoulders, and screaming to yourself “I am a WARRIOR.””

And last, but certainly not least, Bikram-yoga devotee Kelly G. has 13 tattoos, but this one is one of her most significant. 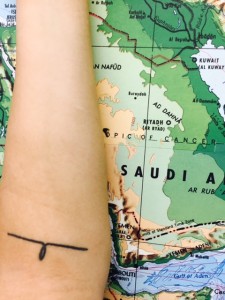 A cursive “i”, Kelly got this tattoo when her mother was bravely battling some serious health issues. Kelly’s mother has made a tremendous recovery, but this tattoo is a reminder to Kelly to strive to be the woman her mother raised her to be, pushing the boundaries that women push every single day, and to never stop working for the things she wants. Kelly’s tattoo is a symbol of her trailblazing mother who defied gender norms to become the first female President of her country club in 88 years.

I hope today’s series has left you with a few inspiring messages: You can do anything, you can overcome anything, and you are amazing, just the way you are.

If you would like to be featured in a subsequent series of inked, please send a picture of your tattoo and your tattoo story to [email protected]