Five Better Things to do with Thanksgiving Leftovers 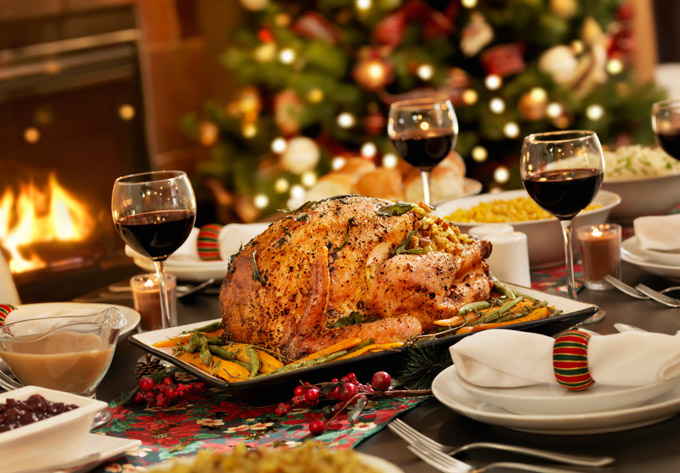 Don’t default to tired turkey salad or slap together a boring turkey sandwich in the days after your Thanksgiving feast.  Try mixing it up with these Cheftovers  ideas for your holiday leftovers: Baked Brie with cranberry sauce, Turkey Tetrazzini, Pilgrim Pockets, Mini turkey pot pies, and Thanksgiving casserole.

This year I made homemade cranberry sauce for Friendsgiving.  I’ll never buy it canned again.  It was easy, bright and beautiful…and too good to toss.  So I took a semi-circle of Brie (inexplicably leftover from a cheese plate one of our guests brought…that stuff usually goes quick in a crowd!) and topped it with about half a cup of the leftover cranberry sauce.  I then wrapped the Brie/cranberry sauce in a sheet of puff pastry I defrosted and brushed it with melted butter and baked it at 375 until it was golden brown.  Spread that melty, sweet, tart, creamy goodness on a buttery cracker and you’ve got a spectacular holiday appetizer. 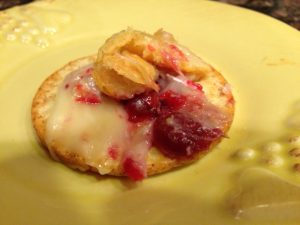 I like to try to find some way to incorporate pasta when I’m dreaming up leftovers ideas.  Turkey tetrazzini is a savory way to include the flavors and excess from Thanksgiving dinner, but not have a carbon copy dinner on Black Friday. 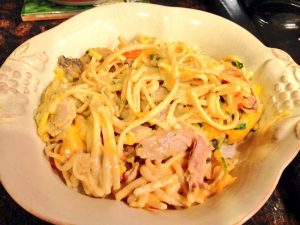 I looked up a couple of turkey tetrazzini recipes online and married a handful of them based on what I had and what I was trying to use up.  I used two cups of chopped leftover turkey, and added that to a sauce I made with sauteed onions and garlic, cream of mushroom soup (a Cheftovers pantry must-have) turkey stock (which I made with the turkey carcass…a mindless task you’ll be happy you did) some canned mushrooms, cheddar cheese, and season salt.  I tossed that combo with some al dente linguine, put it in a casserole dish, topped it with some more cheese and baked it (covered with foil) until bubbly.  Toward the end I topped it with chopped parsley (leftover from my herb rubbed turkey recipe) and some red peppers that were lingering from a veggie tray. 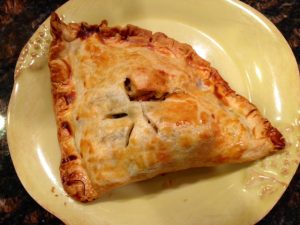 The Pilgrim Pocket is simple…make a Thanksgiving leftovers calzone.  Just use leftover stuffing, turkey, and veggies (like green bean casserole, carrots or corn) and stuff that into a pie crust (cut in half, then folded over once filled) I used gravy and/or cream of chicken/cream of mushroom soup to bind the insides and keep it moist on day two.  Pinch the sides to seal in all the goodness and brush the outside with an egg wash, and cut slits before baking. (400* for about 25 min) 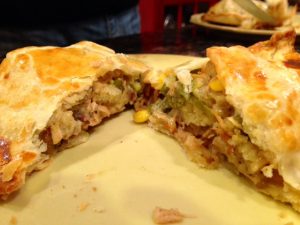 If you have some extra Pillsbury biscuits in the fridge you didn’t bake, try some mini turkey pot pies.  I placed the biscuits in a cupcake tin, and filled each with the same kind of filling from the Pilgrim pocket. 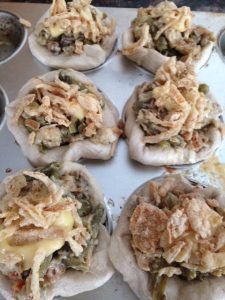 I suppose you could also incorporate a little mashed potatoes, although I think those freeze pretty well.  I topped them with a dollop of cream of chicken soup, and some french fried onions (in the cupboard from the green bean casserole recipe) and baked them at 350 for 23-25 min. 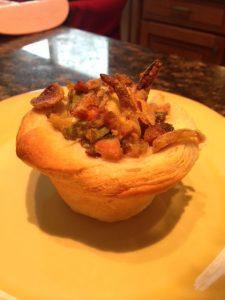 Now…if you don’t have biscuits, or pie crust…or you have already used them and STILL have leftovers, like I did…I also made a Thanksgiving casserole of sorts.  I cooked some egg noodles, and place those in the bottom of a baking dish.  Then I took roughly the same combo from above, or whatever you’ve got left, in my case…a few cups of turkey, the last of the green bean casserole, or whatever veggies you have…and I poured in the last of my gravy and mixed everything up.  I topped the noodles with that mixture and sprinkled the remainder of my french fried onions on to finish.  It’s a comforting, easy combo that should reheat pretty well too. 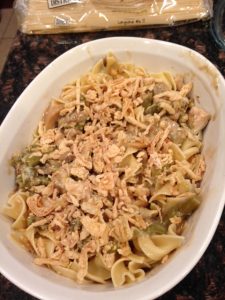 This post was originally published on cheftovers.wordpress.com on November 23, 2016.