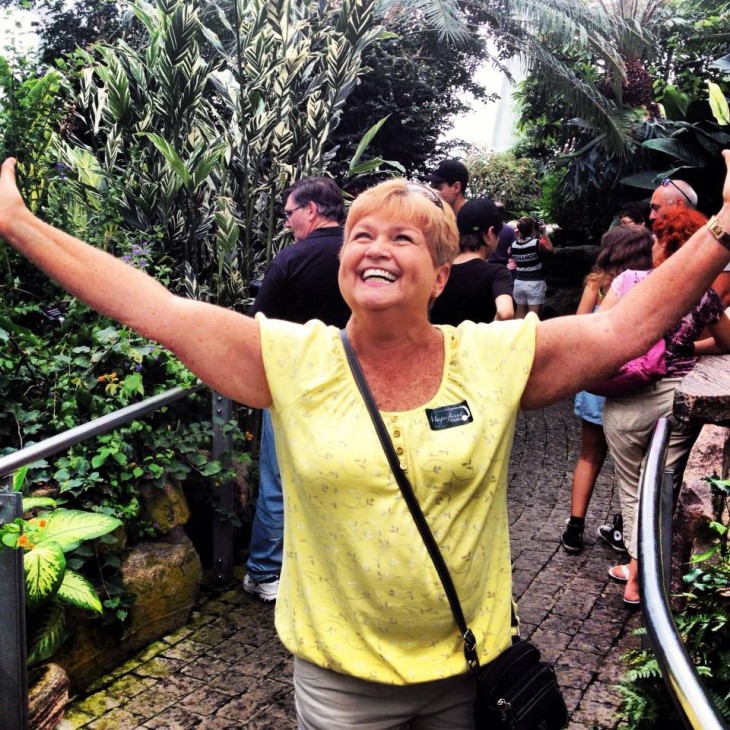 I’ve heard these words over and over and not only wondered where they came from but where they were going. My daughter throws these words out to me like they are common everyday words. I try to stay on task and listen to what is being said between her and my daughter-in-law when discussing this important word. I’m not only trying to learn what the word means but also why people do it.  It seems blogging is a verb.  She explained that people blog for many reasons.

At our last family gathering, my daughter approached her sister-in-law about the possibility of blogging for a new site she was launching.  Listening to the conversation, it sounded fascinating. I liked the idea of writing about “experiences” – at least that’s what it sounded like.  I unwittingly spoke up and said I may be interested in hearing more about what my role in blogging could be.

My daughter then “explained” to me that you blog about something you know a lot about, something other people are interested in reading. With that little tidbit, I was dropped from the conversation. (More wine, please)

After I got home and pondered what I know and what other people would find interesting, I agreed with my daughter. My only accomplishments in life were staying married to the same man for 47 years (not an easy task), raising and educating three children, and teaching school for 28 years. Not much there.

Humor me while I continue.

I chose to be a stay-at-home mom even though money was an issue. Many days I searched the house for quarters (even nickels and dimes) to get enough money to put gas in the car so the kids and I could at least get to the store for food. After a few years of scraping to get by, I decided I better find a way to increase our financial status and help prepare to educate three kids. Trouble was, I had no idea what I wanted to be when I grew up. I had no skills that would help me make any money. So at the ripe old age of 32, I decided to head to college and become a teacher.

No biggie, right? I was a late bloomer, if you can’t tell.

So to the university I went and enrolled in education. How we paid for this education was no easy task. My husband had a very large plastic bottle he used to save his loose change. Mind you this bottle started before he ever met me. My first semester of school was paid for with this “piggy bank.”  The next semester was a little tougher. We resorted to begging, pleading, and borrowing. Somehow we scraped the money together. After my first year, I was able to apply for an educational scholarship. Oh right – I was able to get this because of my outstanding grades. Keep in mind, that as a 32 years-old, with three kids and a husband, there was no so called “social life” to interfere with my studying.

And so it went for the next four years. At the age of 37 (when most people had been teaching for at least 15 years), I graduated (no graduation walk for me – there were soccer games to attend), and landed my first teaching job.

I FINALLY grew up.

Hurray! Hurray! Hurray! We had some money to pay for food from one pay day to another (the night before pay day was usually peanut butter sandwiches.). We were even able to put some away for the kids’ education.

Oh and another thing — I went on to get my Master’s degree and graduated with a 4.0. Who would have ever thought? And so it went for the next 28 years. I didn’t accomplish anything major — I only ensured that all my children went to college and also was responsible for helping implement a new form of math education in our school system.

But you know — that’s not really a big deal. Look at what Steve Jobs accomplished. Look at Bill Gates. I mean, those people really accomplished something…

All sarcasm aside – hearing my daughter and daughter-in-law dismiss me quickly (and without malicious intent), may have been the best thing that happened to me in a while. I got to reflect on my life — and what I had built. And let me tell you — as I look at my children, my grandchildren and the lives we all have — I can say one thing with ease.

I did a hell of a good job.

It just goes to prove that it’s never too late to find yourself (of course, living in near poverty helped with the motivation). I may have grown up when I was older – but I grew up the hard way. I never had one thing handed to me and that’s how I raised my children. You define your own path and you earn your future.

So now, dear daughter and daughter-in-law, here is my first blog – built on the story of my experiences. I think some people may in fact, find it interesting.

Cathy Allen is a retired teacher and proud mother, grandmother and wife. She resides in Youngstown, OH for the warm months and in true, snow-bird style, heads to Florida when the snow comes.