You Are What You Eat

I watched my six-year-old climb onto the stage without hesitation. We were getting ready to watch a pumpkin pie-eating contest at the Centerville Fall Festival when the emcee asked if there were any other boys under the age of 15 who wanted to participate.

Most of the other competitors were twice my son’s size and looked like professional eaters. But still, my 50th-percentile little soldier took his post amongst the tweens. Some of the other boys’ parents were hanging over the metal barricade with cameras pointed at the stage, screaming “you got this Billy,” like they’d prepared for this all year. It was loud, crowded and pretty intimidating. 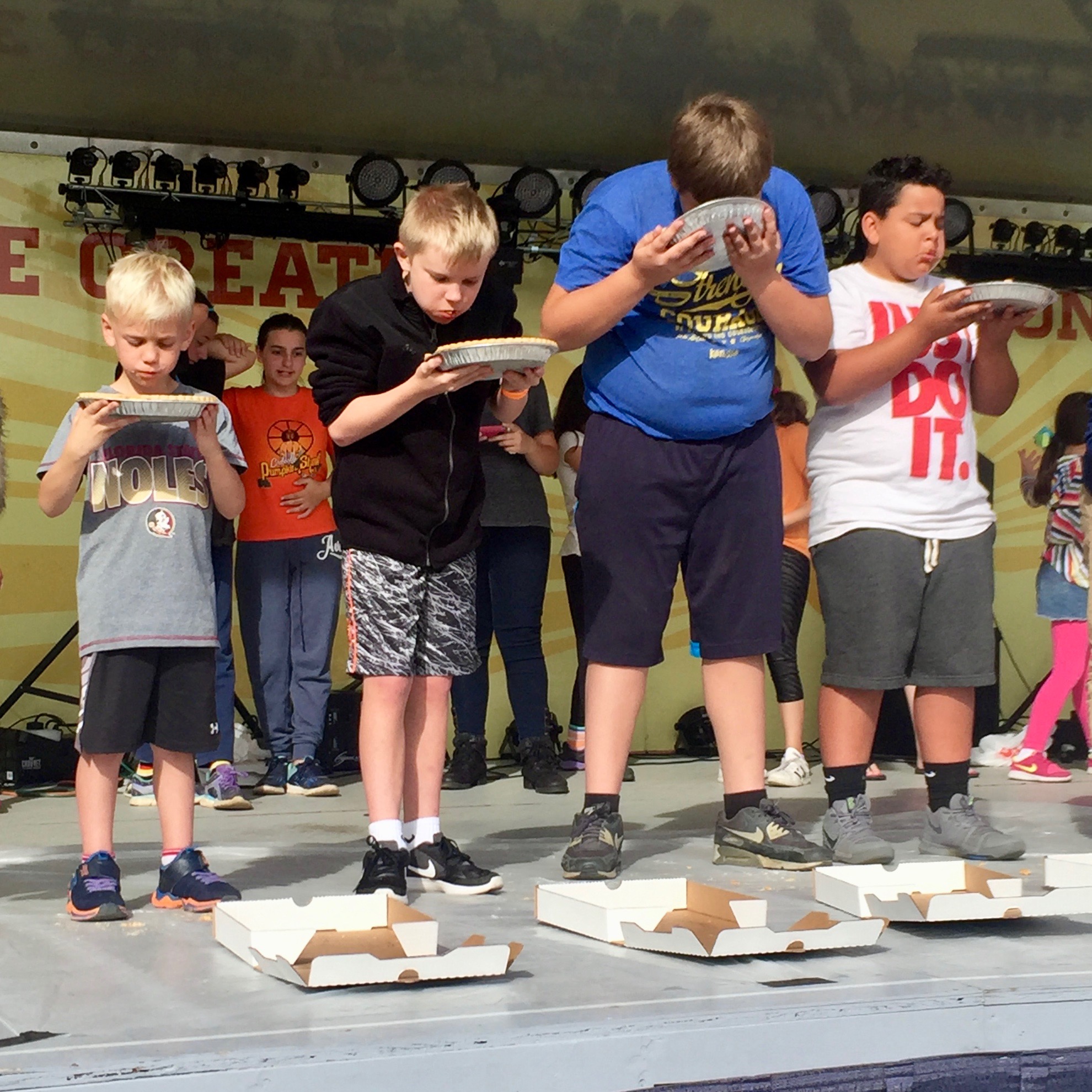 But what I saw with my own two eyes was clearly not want my son felt. He didn’t see himself as David alongside a dozen Goliaths. He believed it was a fair fight.

The pies went up, and at the sound of “go” the other boys devoured their desserts. Covering their faces without coming up for air like it was their last meal before an execution. Our family cheered Ryker on as he dove in face first with all the seriousness of a plastic surgeon. The entire event lasted less than 15 minutes. 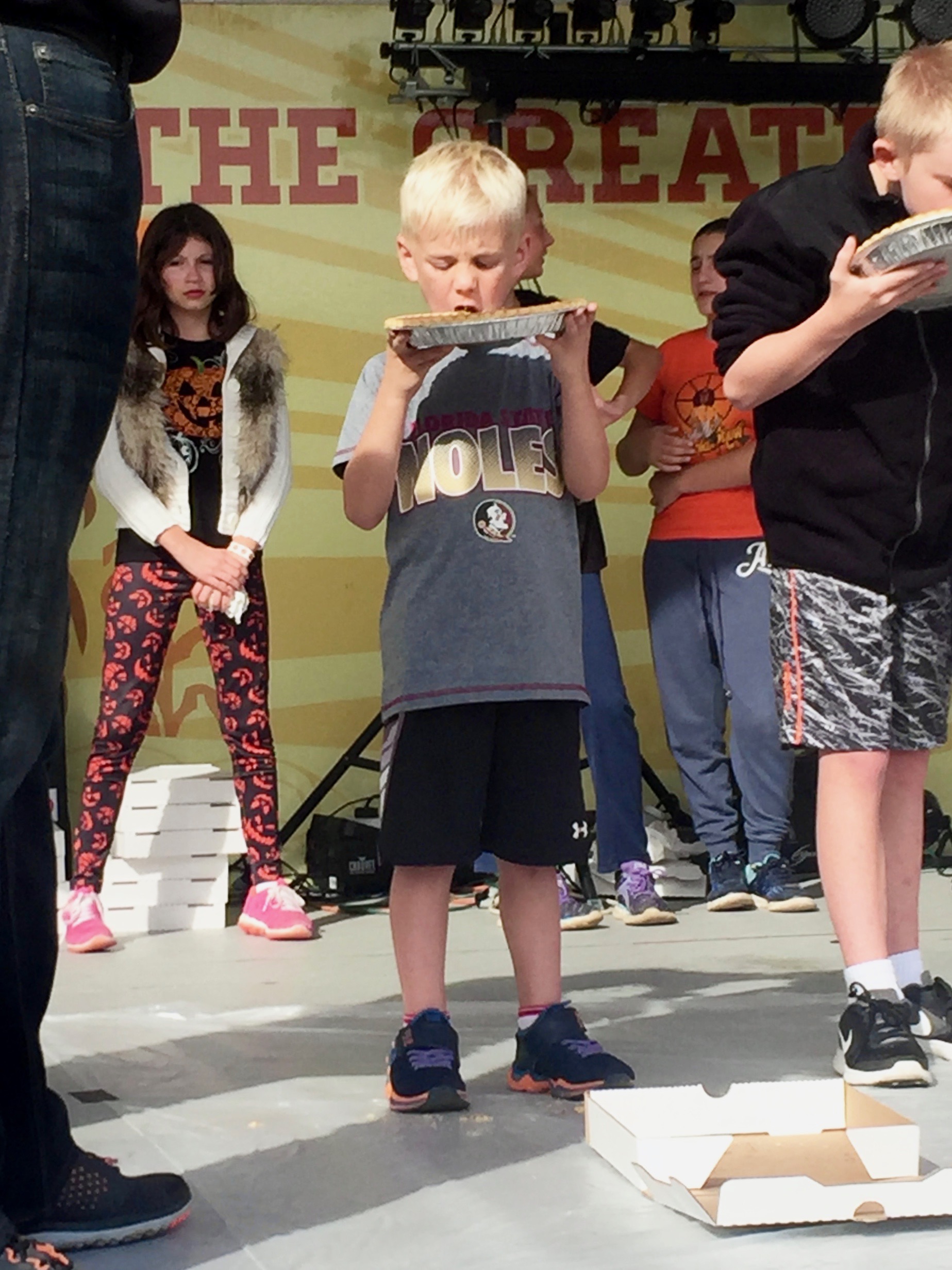 Did he win? Not by a long shot! Was he defeated? Nope.

And that’s when it hit me. We are what we eat. Literally.

We devour what other people say about us. What we are told at work, at home, during a night out with friends. What we snack on physically, mentally and verbally shapes our personal mold into who we think we are amongst the masses.

So, as the mama bear of this pint-sized pie-eating champ I had to wonder: what was I “feeding” my son?

Failure. Yup, that’s right. I am super good at serving up this one. I let my kids see me struggle and fail. And then, get right back up again. My oldest Ryker started coming to CrossFit with me when kindergarten was out for the summer. He watched his almost 40-year-old mother of three barely lift a barbell and compete with bigger, much stronger people in the class. Am I the best? Nope. Does it make me tougher? You bet. Monkey see, monkey do.

Ownership. We have a hobby farm with close to 30 animals. Instead of paying someone to help with the chores, we do them ourselves. And, we make our kids pitch in. Load the wheelbarrow with rocks. Pick up 100 monkey balls. Dig. Sweep the barn. Grab the eggs from the nesting bins without getting pooped on. They don’t get off the hook because they are little. It gives them a sense of responsibility and accomplishment. 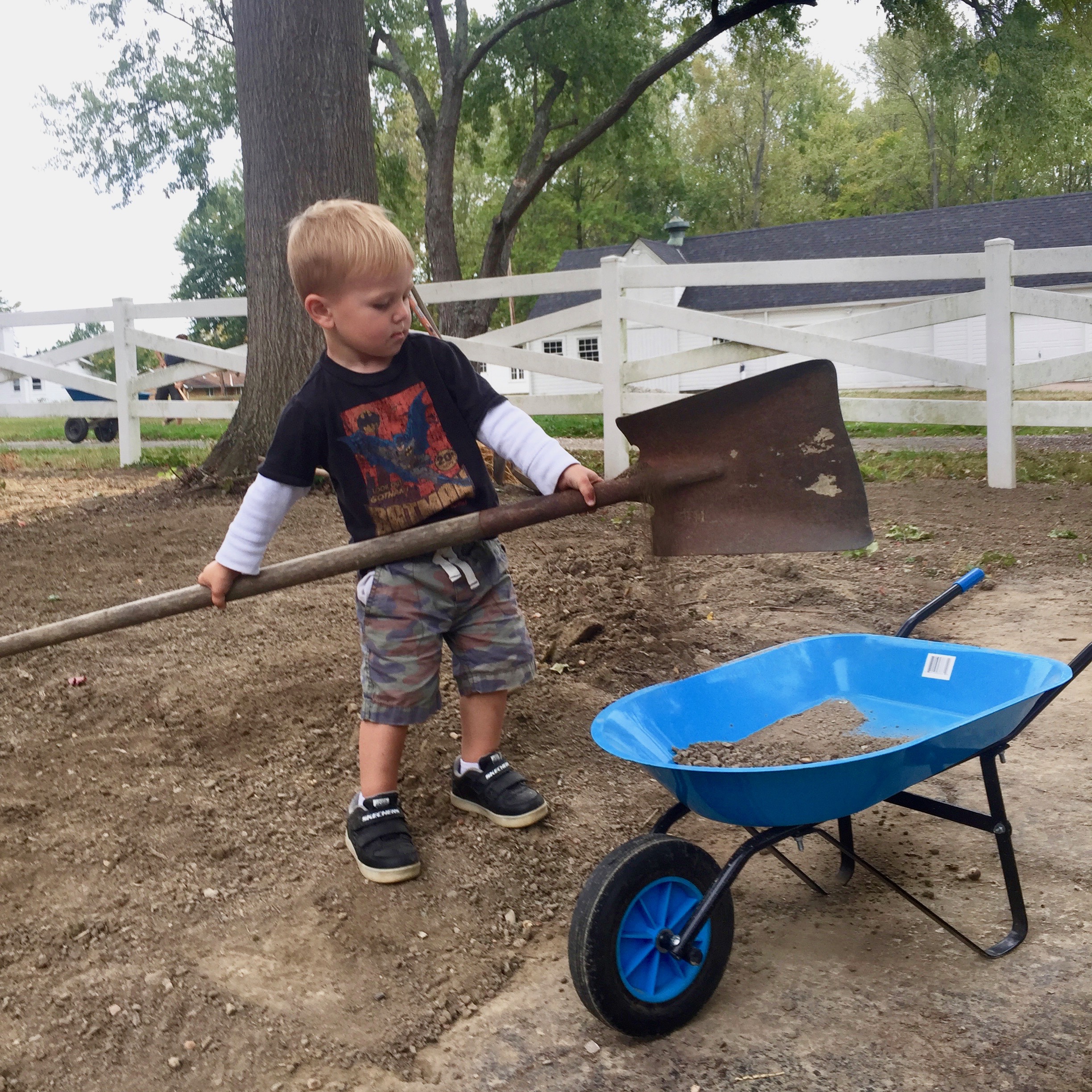 Solutions. We have a saying in my house that I use quite often: What’s your solution? If you’re stuck or annoyed or ready to completely lose your cool, think of a way out of the situation. Maybe it’s not the best way, but anticipate a way out before things take a turn. I’ve got three tiny humans to care for and I can’t put out all the fires at once. One of them is always learning how to diffuse the bomb. Just deal with it.

Love. And, not when they are being sweet peas. When they are being “I wish you weren’t my mom” ass holes because you asked them to brush their teeth. Unrelenting, wrap you in my arms, I know you’re not perfect love when they aren’t their best. It’s easy to tell my daughter that I love her when she paints me the 35th rainbow of the day. But my oldest—my perfectionist—is the most challenging of all. I have to mentally remind myself to say it out loud when he’s in one of his the-world-is-against-me funks. But it’s incredible how such a small four-letter word can transform his mood. 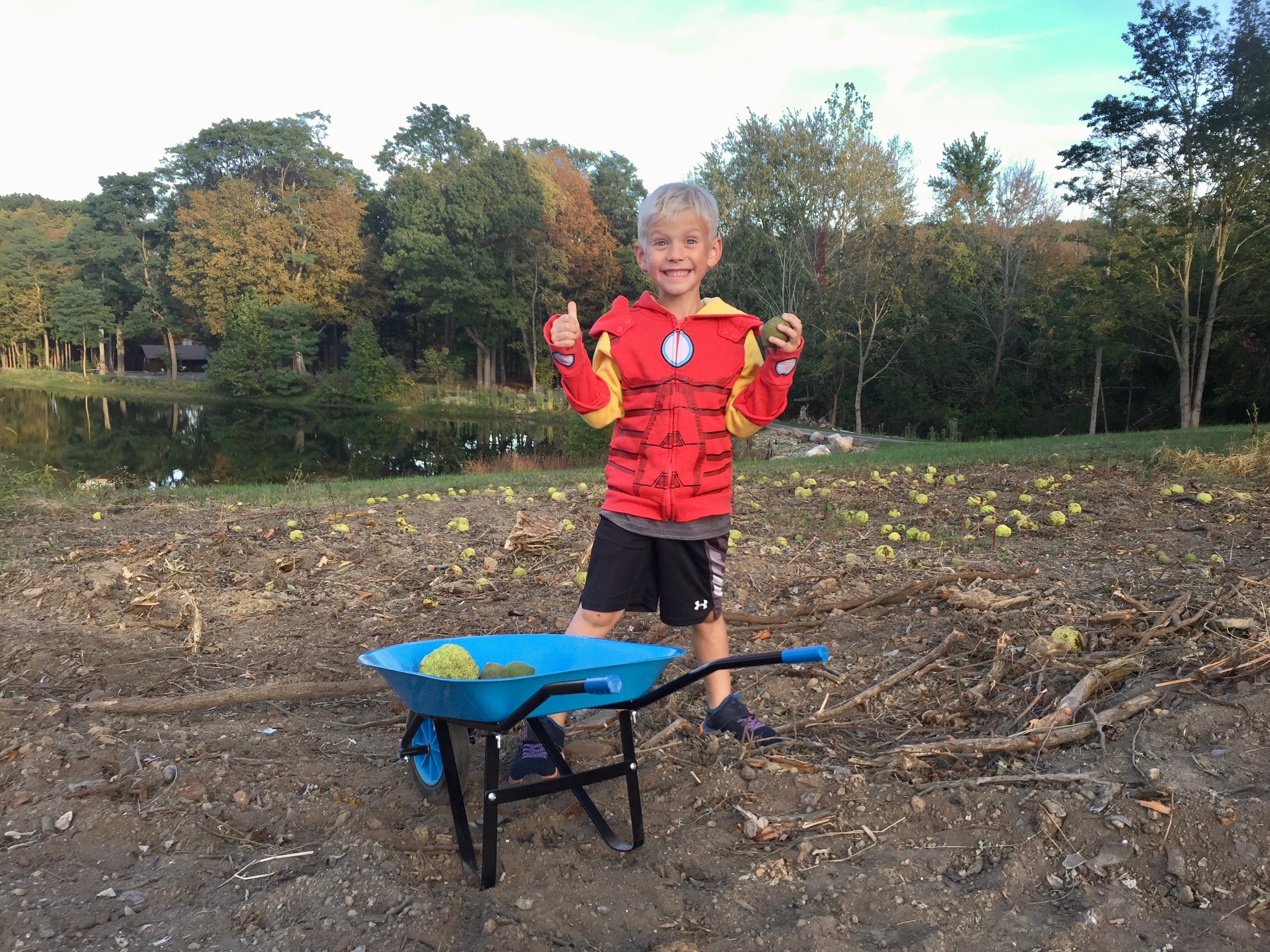 Fear. The right things. Injury. Death. The buffet at Giant Eagle. These are things you should be afraid of, but you can’t fear everything. Use your brain. Is this going to cause me—or someone I like—bodily or mental harm? If the answer is no, then maybe you should give it a whirl. Life is too short, and you might miss something really cool.

When Ryker came off the stage after losing his pie-eating contest, he said two things. One, he asked for the water bottle. Two, he told me that he “pretended the pumpkin pie was chocolate.” Because he doesn’t like pumpkin pie. But the dude loves chocolate.

Mind over matter, that’s how my six year old got up on that stage. That’s how he’s tackling the unknown. Just pretend it’s something not so scary. A solid helping of mental toughness. I’ll take seconds, please.