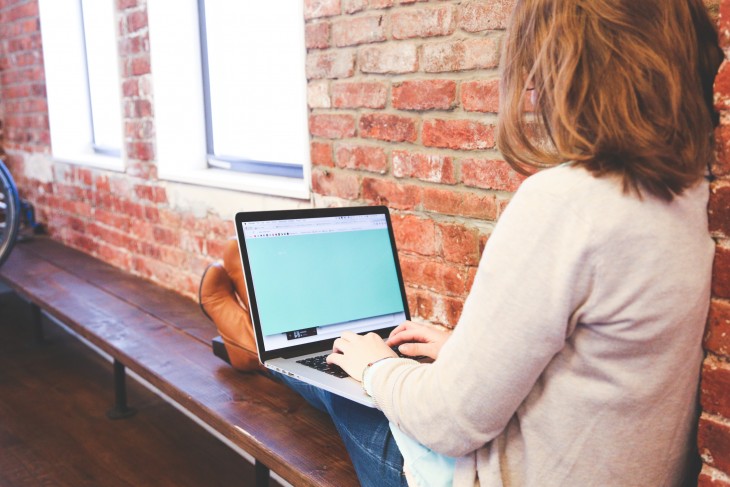 In a fog, I gathered up my belongings and put them in a box used to house paper for the copy machine, the sturdy ones that once had holes for handles punched into the sides, but not for several years. I guess it’s cheaper this way.

Minutes earlier, I heard the words that sort of sucked all the air out of the room.  It was not a cliche Donald Trump dismissal, but one that was far less dramatic yet equally as punishing. I heard the words and not much else. At that point there were simply lips moving to the sound of the blood pumping in my ears. My focus was on trying to understand the vagary of why.

There was debate over who would escort me to my car, a longtime coworker or the station “bodyguard.”

The latter’s presence is standard in case a recently terminated employee becomes a loose cannon.

I was not embarrassed by my situation, though I easily could have been- cleaning out my work space in the middle of a busy newsroom. I’ve never been fired before and had no idea how exactly I was supposed to behave.
So I did what felt right: I held my head high in the knowledge that I had worked hard, learned so much and achieved a great deal.  That pride cannot be taken from me in a tiny office with no windows.
And as I later learned, others were also proud- believing in me and proud of my performance. I hear there were whispers of my unceremonious departure and lamenting about the unfairness of it all.
My message to anyone who may ask is this: leave with a smile on your face. Perhaps I am in shock. Perhaps I really am giddy that I don’t have to be in that basement again. I spent several hours since being let go simply wandering around my house picking at my cuticles and wondering when I might get my appetite back, neither activity a true gauge of how I feel.
Every journalist, frankly everyone who has ever had a job, has one fleeting thought when they leave a desk or duty unmanned: they’re gonna miss me when I’m gone.
As much as I would like to believe my absence will cause the news beast to tilt I’ve been in the business long enough to know that that’s only a bitter fool’s daydream.  Those who still report to work every day will get it done because it has to be done. I know. That’s usually the side I’m on. 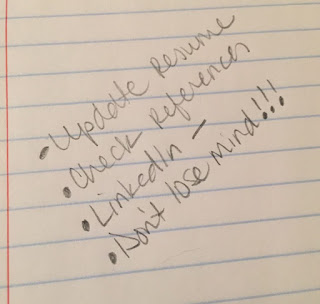 The unemployed girl’s guide to not falling apart.

“Are there any opportunities available in your company?” I asked.

“The last time we talked, I mentioned that one position, but you thought the pay was a little low,” he replied.

“Well let’s talk about that again, because once one becomes unemployed…”

Yes. Once one becomes unemployed plenty of options start to look more appealing. You start to reconsider whatever it was that held you back from an opportunity, be it money or location. There is a certain clarity that comes with the need to feed oneself and keep the lights on.

Then again, there is a good chance that being fired is the most soul-sucking thing to have happen to you.

For me, this unexpected chapter in life began with an application. Not for a job, but for unemployment benefits. I don’t remember what my preconceived notions were about government assistance before 2 p.m. Monday, but I certainly know how I feel about it at 11:30 p.m. Tuesday.

I also don’t know what I expected when I logged on to fill out the questionnaire, but it was surprisingly simple and I got a speedy response. Thank you, Ohio Department of Job and Family Services. 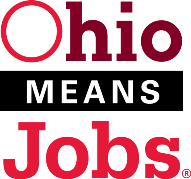 When the future feels uncertain, I go into a sort of financial survival mode. I start thinking about bus passes, ramen noodles and eBay.  I think, “Of course I can survive on indigestible dinners, and the RTA stop is a short walk through the snow. Also, I really don’t need 90 percent of what I own!” (which is mostly true). The thermostat drops and SiriusXM gets cancelled.

I will snap out of it soon enough, once I figure out how far my money will go. But for now, the purse strings are closed for business.

From finances to future employers, I was met with a barrage of messages on Day 2 from friends and coworkers near and far, all concerned and all ready to help.

There were phone calls bearing sentiments of friendship, private messages of commiseration and dismay, even a few public expletives for mutual former employers. I’ve been shopped around to dozens of news directors in the past 24 hours.

Something will come up. I believe it and I trust my family of fellow journalists and friends.

STUFF YOU NEED IF YOU GET CANNED:

Sign up for unemployment benefits ASAP! In Ohio, it takes a few days for this stuff to kick in so the sooner the better. CLICK HERE to find out how much you could get and learn the rules where you live.

Stay insured! The U.S. Department of Labor wants to help you with that.

My biggest fear is being broke. HERE is how you can create a budget with no income.

I’m Meg and I live my life in jeans. I’m a Louisiana woman who rolled into Cleveland in 2011 and started a true love relationship with the Midwest. Moving to Cleveland changed my life. I finally decided that I was tired of being tired and made drastic changes to improve myself. Eating right and exercising are just part of the equation. I’m also on the hunt for new ways to lessen career stress and keep things casual. Join me as I explore life through a southerner’s eyes in one of the most misunderstood cities in the country.