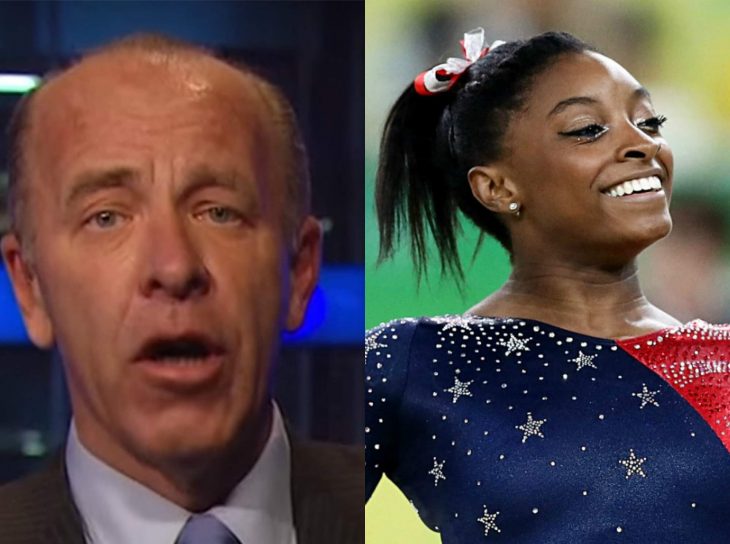 This year’s Olympic Games brought several feuds to light: Phelps vs. le Clos, King vs. Efimova, and pool water vs. whatever is making it turn green, to name a few.

But one that is certainly ringing in the ears of many people like myself, is the war Al Trautwig waged on the work that so many have done to create families where none were to begin with.

His comments around gymnast Simone Biles’s family, which hit their lowest low with his tweet that read “They may be mom and dad, but they are NOT her parents,” show his ignorance to the topic of adoption, and a frigid, unmoving lack of empathy to how adoptive families look at their own relationships. He has since apologized, but not before shedding an important light on the general misunderstandings that exist around adoption.

Biles responded like a true class act. “I personally don’t have a comment,” she said. “My parents are my parents, and that’s it.”

As an adoptee, I share this brilliant young woman’s feelings toward my own adoptive parents. I’ve fielded questions for more than thirty years from friends and acquaintances about who my “real” parents are and if my (also adopted) sister is my “real” sister. The questions come from a good place from curious people who want to know and understand me. I’ve always tried to help them, even giving an informative speech in a high school class about being an adopted child.

But there is obviously so much more opportunity to educate people about this topic.

A mom myself, my genetic roots and medical history became particularly interesting to me when I continued my bloodline. When Ohio opened adoption records in 2015, I requested my original birth certificate and started a whirlwind journey to find my birth mother. While the stories of the last year and a half could be an entire blog themselves, I learned that even I knew very little about how my adoption affected the other people in my life.

Adoption researchers and advocates talk about the adoption triad, the three parties affected by adoption. These researchers are smarter and more knowledgeable on the topic than me (and I encourage you to look into their work), but in a nutshell, the triad focuses on how adoption has both emotional and physical long-term effects on the birth family, the adopted child and the adoptive family (and even future tangents).

As I was going through my reunion, I dealt with my own feelings by researching adoption like I never had before. Through scholarly articles, adoptee communities and public health resources, I learned a lot about the community of adopted people and adoption advocates and all the good work they’re doing to help the entire triad heal their own unique wounds.

But words carry weight. Incorrectly using the word “real” does a disservice to my newfound community of adoptees and every one of the 60 percent of Americans (and countless more people around the world) who are affected by adoption. My birth mom had a very real pregnancy and real longing to ever know if I was okay for 29 years. I cried real tears whenever I’ve doubted my own self-worth, blaming my own existence as an accident. My adoptive mother dried those tears, when I was an infant, a child, a teenager and even an adult. She changed real diapers and gave me a real childhood many kids could only dream of. My adoptive father made real sacrifices to put a roof over my family’s head, to send me to college, and now is a very real part of his grandson’s life. We all came together to make a real family.

So, Al Trautwig, it’s all real. It is someone’s real life, and it’s not your position to judge what defines a real family.

I would encourage you to stop to think before making assumptions about how a family came to be. Not every mother carried her baby for 40 weeks, but may have carried a burden of infertility and the stigma of it for much longer than that. Despite staring at another man’s eye color, an adoptive father looks into his son or daughter’s face and sees only his child who he’s loved and raised. There is nothing more real than the love of a family, and perhaps nobody can appreciate that more than an adopted child, like Simone or me, who might have not had it if it weren’t for the miracle of adoption.

Although four of her favorite years were spent in Athens, Ohio, Christina considers herself a lifelong Cleveland Westsider, now residing with her husband and son in Avon Lake. She’s a full-time working mom who hasn’t quite accepted that no, she will not get caught up next weekend. She is obsessed with her big black dogs, loves to travel, will never run a second marathon, and has yet to meet a bottle of wine she doesn’t like.