Lions, Tigers and Female Developers: A Journey Down the Road Less Traveled 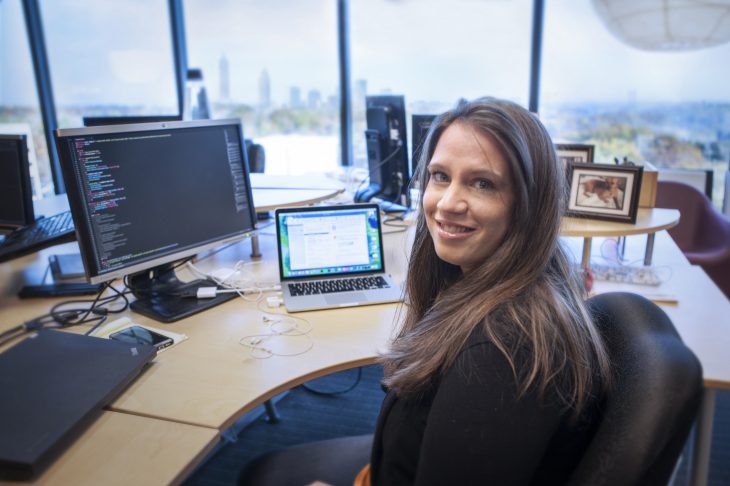 In a country where women can grow up to be anything, there are still several fields that are dominated by men. Working for and with technology agencies, I can’t help but wonder: why aren’t there more female developers? Lucky for me, I found one. Lyndsey Shugarts is a new developer for Level Seven. She was more than happy to share the details of her journey, and why more women should listen to that little voice inside their heads.

Q: Did you always want to be a developer?

A: Until a year ago, I’d never considered it an option! I’m not one of those people that have a “dream job.” Growing up, and then growing into my career, I tried a variety of things and changed my mind quite a bit. Turns out that being undecided worked in my favor. Through those experiences I was able to nail down my strengths and desires for my professional future.

I’m most passionate about work that involves creativity, logic and problem solving. When I started researching and talking to people in the programming field, I learned that programming IS all of those things. There’s always some new language or technology to learn, which provides the added bonus of being continually challenged. The proverbial light bulb turned on and I started to consider a career in tech development.

Q: You just got married—Congratulations! Why did you decide to switch careers while you were planning your wedding?!

A: It was a strategic and thoughtful decision, with a little bit of crazy thrown in! I get bored easily. After years of feeling hopeful yet ultimately stagnant with my career, I knew in my gut I had to make a change. Nobody was going to do it for me. This revelation left me open-minded about new opportunities. That’s when I read a news article about Tech Elevator.

A LOT of research and one open house later, I knew I wanted to attend Tech Elevator. It was November, and they had a cohort starting in January. Attending that meant quitting my decent-paying job and committing to 4+ months with no income WHILE planning and saving for a wedding. After many conversations about the opportunity, our wedding and our long-term plans for a family, my fiancé and I determined it was now or never. The timing—although scary—was right. The career switch to programming would (hopefully) offer economic success and more flexibility that better aligned with our future. 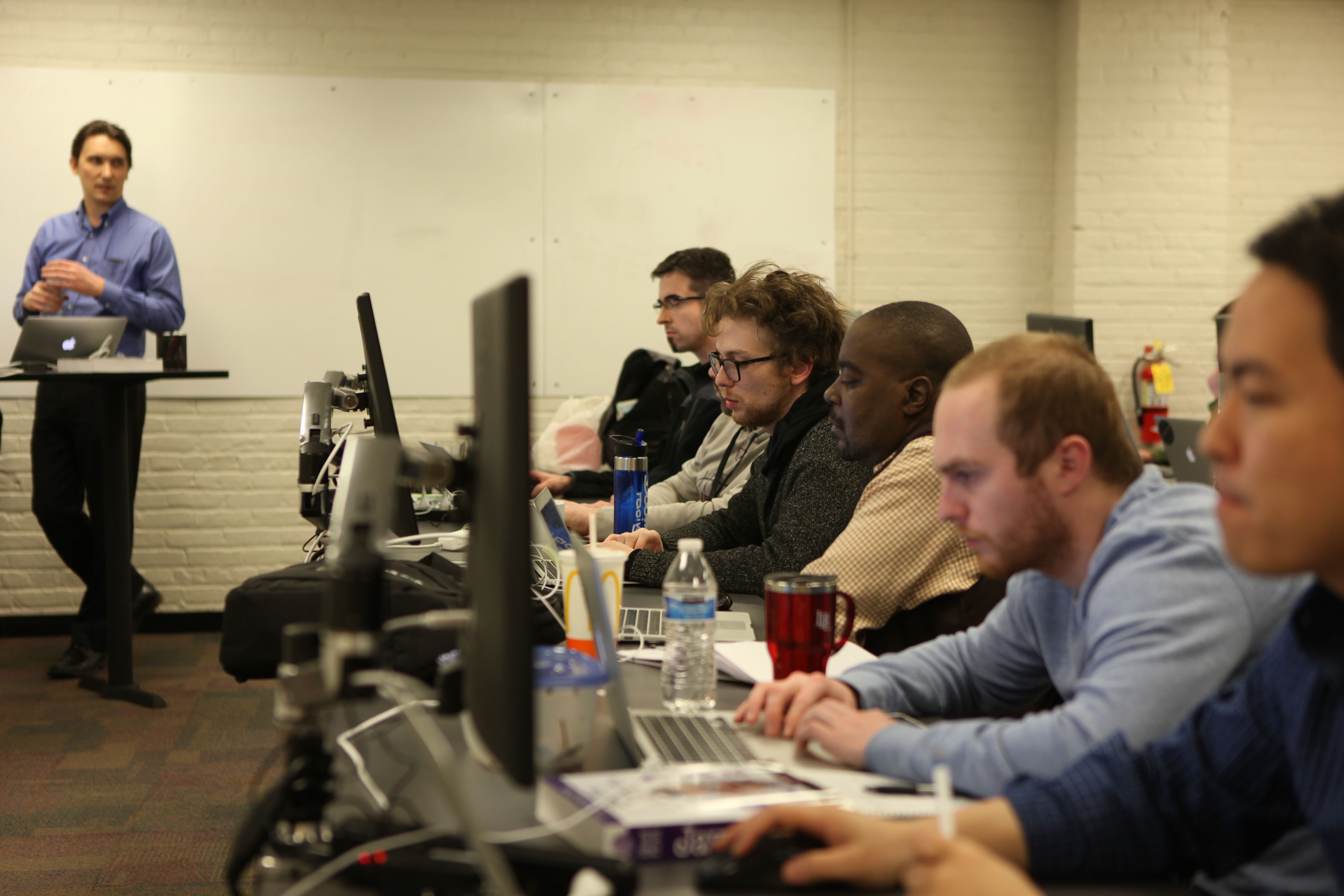 Q: How did you make the transition?

A: I went all in. I fully committed myself to making the change. I even allowed myself to be selfish. This was my time to fully invest in ME and come out more fulfilled and accomplished. That being said, I couldn’t have done it alone. I had a damn good support system with friends and family who encouraged me and didn’t give me grief for going off the grid for 4 months. They were quick to share admiration for taking the risk and that meant a lot. I also can’t say enough good things about Tech Elevator. Not only did they teach me what I needed to know for this new career, they believed in me. Sure, they’re running a business, but it never felt that way. 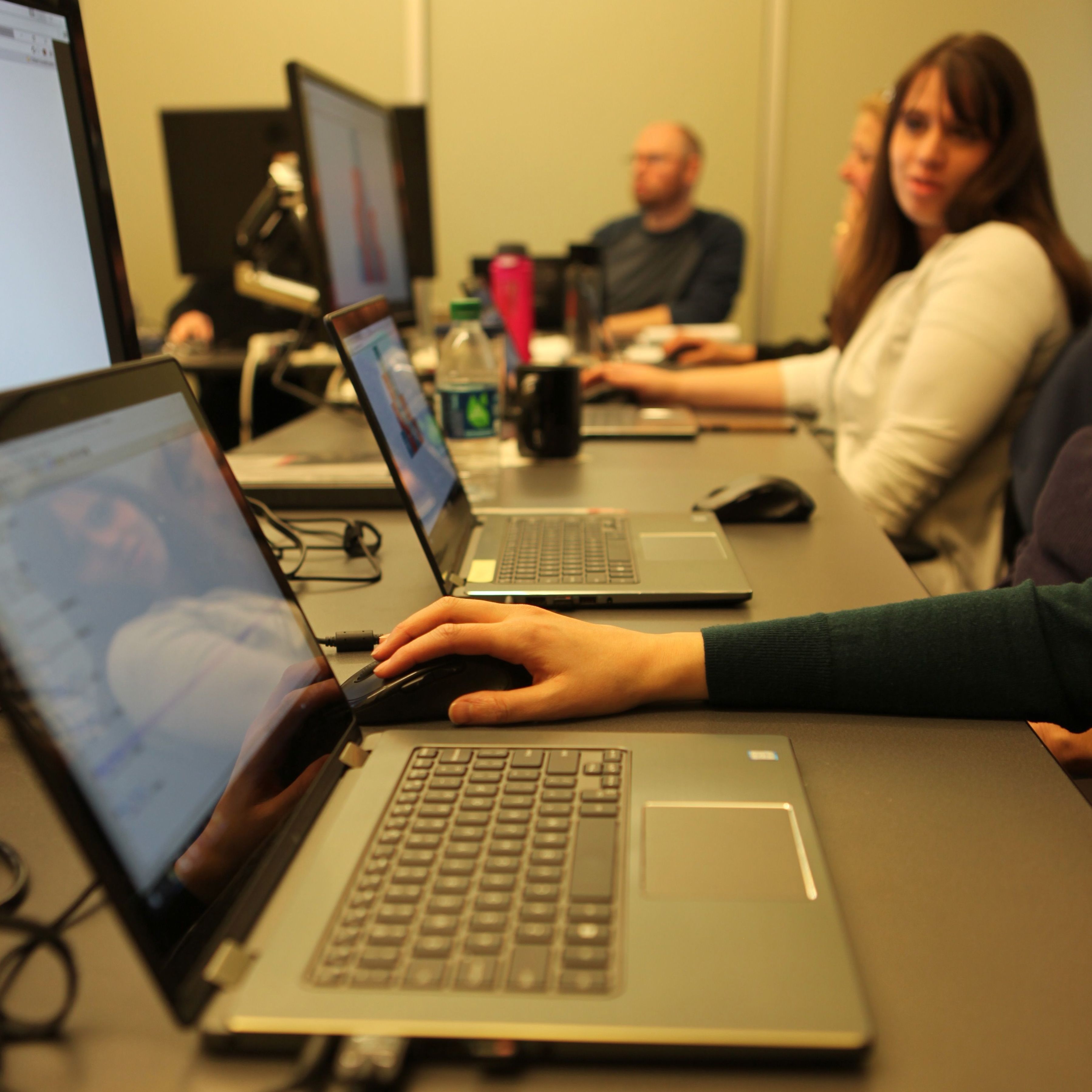 Lyndsey in class at Tech Elevator.

Q: Where did you end up after your course and what is your role?

A: Tech Elevator made introductions and gave me the opportunity to interview with multiple companies towards the end of the course. I had two job offers within weeks of graduation. Since May, I’ve been a developer on the custom application development team at Level Seven in Independence. 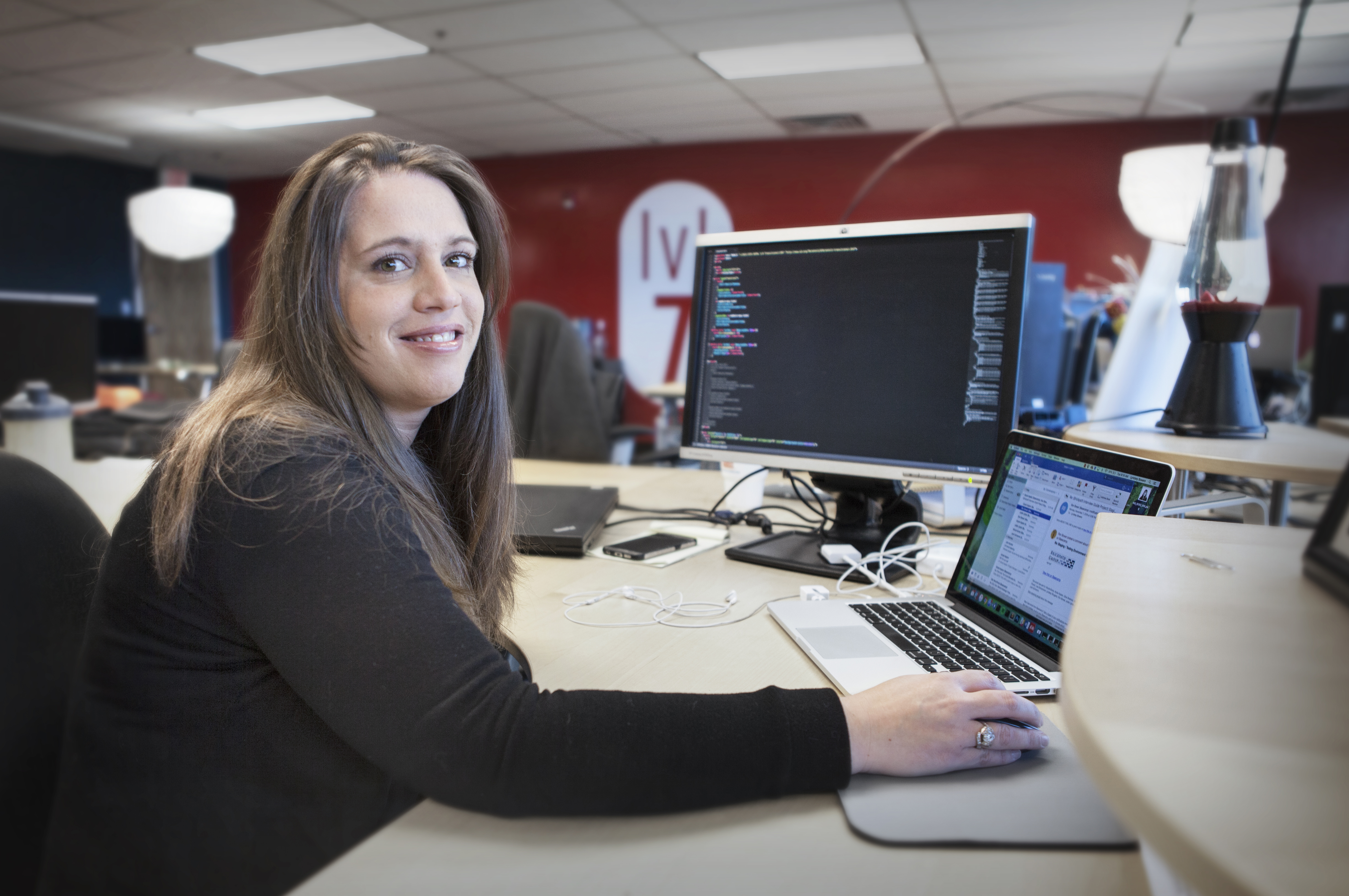 Her new digs at Level Seven.

Q: Coming from a technology agency, I’ve been to the “IT” floor. What’s it like for you?

A: I think there’s a stigma—one that even I initially bought into—that developers are nerdy, introverted and heads-down at work. True, but definitely not all the time. Work is incredibly collaborative and team-oriented and we have a lot of fun. I’m also working with some of the smartest people I’ve ever met, which is pretty humbling and motivating at the same time.

That being said, I am the only woman developer on the team. This has definitely been a learning experience. I’ve brought it on myself, but there’s an added layer of pressure trying to prove yourself as the new kid and as a woman. We communicate differently than what I’m used to in a work environment and it’s a bit of struggle. Though, fortunately, I feel we are both trying to learn from each other.

Q: What’s the biggest misconception/misunderstanding about being a developer? I’m trying to understand why there aren’t more females in the field.

A: I think the lack of females starts with a lack of exposure. I just attended a 10-year-old boy’s birthday party. He got video games, a drone and a remote-controlled tank. I imagine that a girl’s version of the same party would have brought different, perhaps, more frilly gifts. I don’t think that’s true across the board, but it’s probably safe to say boys get a lot more interaction with technology early on. It’s at the forefront of their minds when considering career options.

Because it’s a male-dominated field, I think it’s intimidating for women to break in. Again, there’s an added pressure to be really good. But anyone entering the field knows they’re probably not going to be good at least not for a while. Programming isn’t for everyone. It has nothing to do with being a man or a woman—it’s just a (really) difficult field! We need more brave women to jump in, to pave the way, to become role models. Then we can start skewing those ratios!

Q: If you had one of those cute Pinterest chalkboards to hold up, what would it say next to “When I grow up I want to be…”?

A: When I was 12 it would have said private investigator (thanks Nancy Drew!). At 33, I’d have a really hard time filling in the blank. I want to be a lot of things—not just one—and I’d like to be ever evolving. I still think Nancy Drew is pretty cool.

Q: When you aren’t at work, what gets your heart going?

A: I’m an avid volleyball player, a huge bookworm, a jellybean enthusiast and a big fan of the Oxford comma. I have super eclectic taste in music and love discovering a new band. I’m fascinated by how technology continues to change our world and enjoy learning about and experiencing it first-hand. Now that I’m married, I’m currently experiencing severe wedding planning withdrawal.