Cultural Appropriation: Is your outrage misplaced? 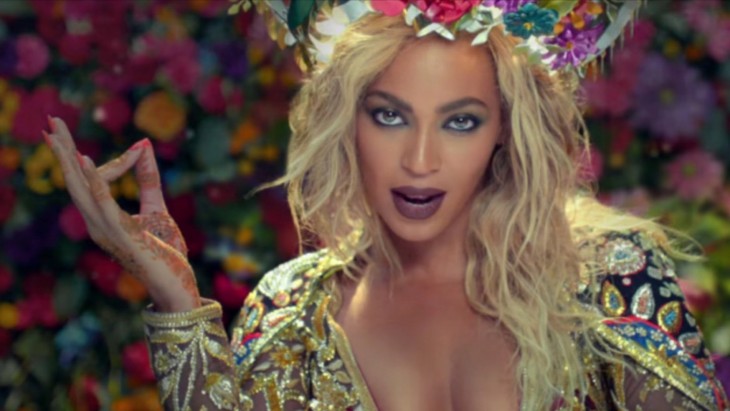 I’ve heard a lot about the new Coldplay/Beyonce video, Hymn For The Weekend, particuarly the controversy surrounding Beyonce’s role in the video, and whether it is cultural appropriation.

If you look at the literal definition of appropriation, it means ‘to take or use (something) especially in a way that is illegal, unfair, etc.’ Which brings us back to the video, and the question: is Beyonce in a series of Indian outfits, and this video itself illegal or unfair to the Indian culture?

I wanted to share my thoughts on this topic, as someone who was born and brought up in India, and now lives right here in Cleveland.

I like this video. It is visually STUNNING. It features lots of Indian people going about their business: driving around the city on a motorcycle, going to the movies, practicing classical Indian dance, in prayer, fishing, playing in a pool of water- things that happen every single day in India. I particularly like the portrayal of Indian dance, theatre and the movies: India has a very special relationship with theatre and music. Bollywood (the Indian Hollywood) is based in Mumbai, India, and churns out more movies per year than Hollywood. There is also a Mollywood, based in Southern India, which also produces movies at a frantic pace. Bollywood and Mollywood stars are beloved: if you think the Kardashian’s are popular, you should see the frenzy around some of India’s top celebrities. Almost every single Bollywood movie features at least one song and dance routine, sometimes at the most inopportune times, but that is neither here nor there.

This video was shot in Mumbai, in an area called Worli Village, which is a quarter mile from my high school. Worli Village (its not really a village, it hasn’t been for 100s of years) is primarily a fishing community, so the boats you see are all part of real life.

I’m giving you all this information as way of context. The primary criticisms of this video are: there is more to India than slum children and Holi, and Beyonce is wearing an Indian outfit. Here’s the truth: Yes, there is more to India than these things, but a video about the high real estate prices, or the tech boom don’t make for an interesting art form. Second, India is a country of economic extremes. This is particularly true of Mumbai, where extreme wealth and extreme poverty coexist in very very close proximity- I do not say this lightly: it is not unusual to have multi-billion dollar apartment building share a wall with a slum. So to ignore poverty in Mumbai would  be disingenuous.

The video centers around the festival of Holi; traditionally a Hindu festival, Holi is celebrated by a number of people of all religions across Southeast Asia. It signals the start of Spring, is a celebration of color: an explosion of happiness. A traditional drink bhang, made from cannabis, is typically served during Holi. So when Chris Martin sings about feeling drunk and high, he’s not necessarily far off, even though in this context, he’s actually talking about love.

And finally, there’s the issue of Beyonce in an Indian outfit. Here’s the truth: if you go to India as a tourist, and you have an Indian tour guide, or meet an Indian family, they will practically insist that you buy at least one Indian outfit, or more likely, they will gift you one. If you’re invited to an Indian wedding, it is considered a beautiful gesture from you as a guest to be dressed in an Indian outfit, regardless of your race. I’m not going to be so naive to speak for over 1.7 billion people, but for the most part, I will say that India loves sharing its culture through its art, food, and fashion. I’m sure there are exceptions, but frankly, I’ve never encountered them, and neither has any Indian person I know.

So overall, if you’re going to be outraged over unfairness or injustice in India, there are plenty of other topics like female infanticide, literacy, etc. to be outraged about. Beyonce in an Indian outfit just isn’t one of them.

In closing, I like this song. It’s got a great beat, Bey looks fierce, and if this video spurs a conversation about my culture or where I’m from, I’m happy to share.

Shibani is a banker by day, and an entrepreneur, lifestyle blogger, spin instructor, wife, and mom to three rescue pups by night. She started her online jewelry boutique bombaytaxiboutique.com in 2015. She has a weakness for ice cream, loud pop music, 90s hip hop, and texting in ALL CAPS. She secretly wants Andy Cohen and Bravo to hire her to be on Real Housewives of Cleveland.