A Teenage Tell All: What You Really Learn in Middle School 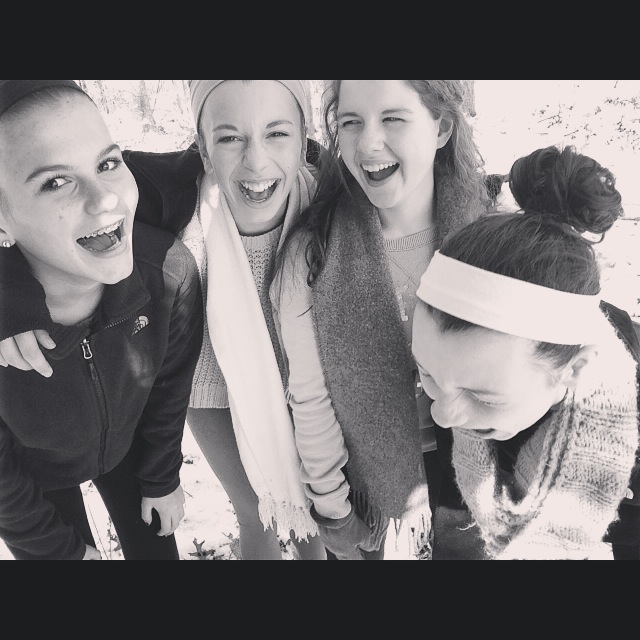 Disclaimer: This article will not tell you the real meaning of X. No one will ever really know that, silly!

When I first entered sixth grade (middle school for me), there were a lot of things I was concerned about. Such as where to sit at lunch and who to sit with. I was scared about opening my locker, changing for gym, and honestly, I didn’t end up using a school bathroom until April of that year. And to answer your question, yes it is possible to hold your pee for 8 hours.

But after I actually started listening, every teacher began talking about how in the next few years we would “learn things that we were going to need once we got into the real world.”

NEWSFLASH: Unless you’re hoping to become ‘America’s Next Top Einstein’ (which if you are by all means carry on) then, memorizing the periodic table will not be one of the most memorable lessons from your middle school career.

The next 6 items are things you actually will remember!

#1- How to get ready in 15 minutes or less: Let’s face it – nobody I know (and certainly not me) is going to set their alarm 10 minutes earlier just to ensure that they have time for a nice sit-down breakfast. Nope, you’re going to stay in dreamland until the last possible second, which results in having to wear the same pair of jeans three days in a row cause they’re the closet to your bed and making the messy bun your signature hairstyle. And that is nothing to be ashamed of because when you’re late for an interview in your 30s you’ll be able to pull together an outfit and throw your hair up into a fashionable bun in five minutes flat and still have time to grab a granola bar.

Which brings us to…

#2-How to eat a full-fledged breakfast on your way out the door: That bus driver has no mercy and will not wait patiently while you enjoy your waffles covered in warm syrup. She will be speeding down the street without a glance behind her if you’re not ready to hop on as soon as she shows up. Which means that you’re going to have to choose a granola bar that somehow packs the deliciousness of grandpa’s pancakes and the healthiness of fruit salad (?yummy yummy?) into bar form. It does exist and I can guarantee that your expert granola bar picking skills will come in handy when you’re in college trying to live off of cereal and care packages from home.

#3-How to pee in public restrooms: If you’re anything like me and get extremely uncomfortable when there are other people in the bathroom because you don’t want them to hear you pee (if this doesn’t bother you at all, congratulations and feel free to skip this one) — then take this time to prepare yourself because you’re gonna have to get over it. There are only so many times to use the bathroom in a school day and unless you’re good with holding it until you get home (see beginning), then at some point in your life, you’re gonna have to pee with a total stranger listening and it’ll be a little awkward but, odds are they’re in the restroom because they have to pee too! So then you’ll here them go to the bathroom and it all evens out in the end. A pee for a pee.

#4-Kicking and yelling at things to open actually works: Despite what all your teachers tell you about “you have to treat your belongings well if you want them to work,” sometimes a nice big kick at your locker is all it needs to swing open. Be warned that all good things have a downside – the downside is the big bruise on your foot that appears after abusing such said locker.

#5-How to look like your working hard in gym: If you were to peek into a middle school PE class, you would see three types of people:

For anyone else in that group, it turns out that if you start panting like a dehydrated dog after running a marathon, your gym teacher is more likely to believe you ran those five extra laps and then excuse you to spend the rest of class in the locker room with an inhaler.

#6- The nurse is your new, absolute best-friend: For a girl especially, because chances are in your middle school years there is going to be at least one time when an unsuspecting frenemy comes along and ruins your entire day and your jeans. And in that instant, the nurse will be your own personal Jesus! With her sympathetic smile and ability to let you call home in the privacy of an empty office instead of in a room full of peers (half of which are male), you’ll never be happier to see a lady who smells like ointment and needles. Not to mention she is most likely just the sweetest person you’ll ever meet. She lets you know with a quick wink that she’s been there too, and you can feel the red tomato color quickly vanishing from your face and neck.

So the next time someone tries to tell you that middle school is the time when you’ll learn “information that will effect your career path” listen to ‘em because they’re right!

But they’re talking about the wrong “life-altering information.”  Most of us are being educated in survival – one bathroom stop at a time!

Ainsley is a teenage girl who currently lives with her family in Olmsted Falls, Ohio. Ainsley loves big cities, pretty sunsets and cute dogs. She fills her time by dancing, reading good books and singing in the shower. Ainsley hopes to pursue a career in journalism and write for a women’s magazine. Until then however, she is just working on making it through high school.