Am I An Entrepreneur? 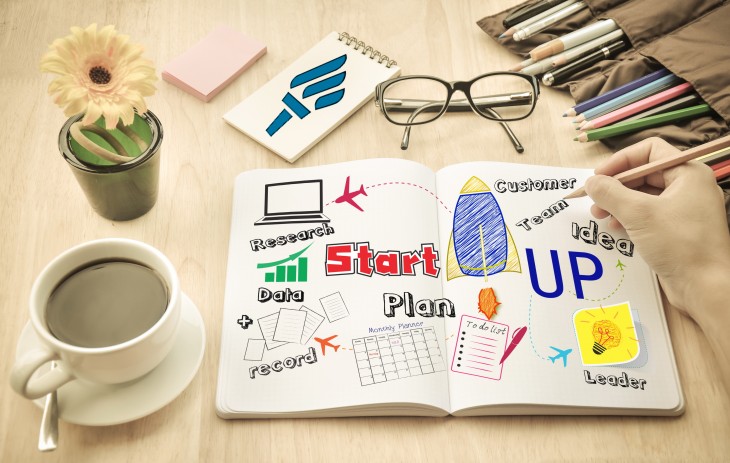 Last week at work, I was having one of those casual conversations you have with a colleague who is also a friend.  We were talking about golf accessories and I showed her a prototype for a product I created a few years ago.  Her response caught me off guard: “Does your husband just love that you’re an entrepreneur?”

Entrepreneur?  Am I an entrepreneur?  Even though I’ve spent the last two years outside of corporate America mentoring entrepreneurs, joining a startup last year and prototyping a new business concept over the last six months, I guess I haven’t really accepted that I’m an entrepreneur.  You know why?

Because it was a struggle to be thought of as one.

I was introduced to the Cleveland startup world through a mentoring program at a large, venture development organization, where I advised (mostly) young, first-time entrepreneurs on their marketing and product strategies. I’d spent 20 years working for and alongside large companies with big budgets so I was intrigued by this world, but also nervous for these talented folks who were putting it all on the line to launch their idea.  I saw the panic in their face when they knew they had run out of funding or the disappointment when the big deal they were expecting fell apart.  I learned that as exciting as it was to be an entrepreneur, it was also terribly scary.

When I walked out of my corporate job three years ago (running a digital division for a $1.5 billion company), I decided it was time for me to take a risk and use my experience to make an impact helping entrepreneurs. These were my heroes – they were the daredevils and impassioned drivers who would create our future markets and products.  I was determined to help push them over a hump or cross the finish line. And I enjoyed it. Then a funny thing happened – I caught the bug! And I started applying for some jobs in early-stage startups.

And the response I received from almost all of them was ‘You’ve never done this before.  You’re not an entrepreneur!”

I was a bit crushed but kept at it, and I finally joined a business that I was passionate about and in which I thought I could make an impact.  Working for equity.  In an office. Alone.

It was exciting and exhilarating and I’d never been so scared in my life.  I was responsible for everything—the sales pitch, the biz dev calls, the project plan, hiring and managing a designer and developer, developing AND executing the marketing plan, negotiating contracts, understanding patents, and reporting back to investors. I completed my project on-time, on-budget, launched a beta and got the valuable feedback we needed to figure out where to go next.

There were so many ups and downs in such a short period of time, but I accomplished everything I’d hoped to accomplish and gained invaluable experience that I never would have gotten at my old corporate job. I succeeded!

But when my friend and colleague called me an “entrepreneur” – I was shocked and it made me feel a bit uncomfortable.

Why? The only reason I can think of is that the fear of failure is still with me. Oddly enough, it’s what still drives me, as well. But if I go all in and admit that I am an entrepreneur – do I also have to admit how terrifying it is?  How lonely it can be? It’s much easier to say that I work for an amazing venture development organization who helps startups get off the ground. It’s solid. It’s admirable.

But sooner or later, if I truly want to be a successful entrepreneur – I’m going to have to start calling myself one and owning it.  If I don’t believe in me and my ideas – how can I expect others to support and invest in me?

So, hi everyone – my name is Sally.  I am an entrepreneur.

Expecting to stay in Cleveland just a year, Sally fell in love with the city and then fell in love. 16 years later, she and her husband have two young daughters and the best dog ever. After spending most of her career in corporate life, she now works with entrepreneurs in Northeast Ohio and is always dreaming up new ideas. Sally loves beer, ice cream, Penn State football and the Indians, but secretly wishes she could sit on a beach with a book every day of the week.