The Best Friend I Never Knew I Had 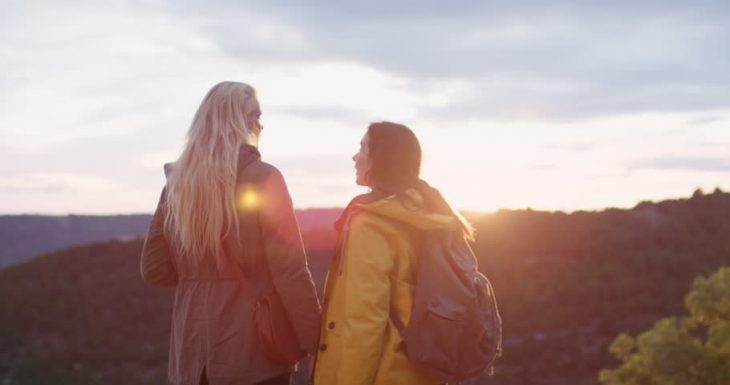 “OH MY GOD SHUT UP!” A phrase yelled at least 10 times a day in the Allen household. However, Whoever is actually yelling it differs each time.There are only four of us, so usually the sentence is screamed between me and my little sister, Hadley. I don’t know what baby name book my parents were using, but it must’ve been a funky one to end up with names like Ainsley and Hadley. Although, my mom did tell me I was named after a character in a tv drama she watched once, which also explains my slightly more theatrical outlook in some situations (I have been known to break into song on more than one occasion). I have no clue where they got Hadley from. Soooo, I did what any kid growing up in the 21st century does whenever they don’t know something. I am patient and allow myself to not know something for a little while, and then find an appropriate time to find the information through a book or by asking.

Hadley: From the heath covered meadow. People with this name tend to initiate events, to be leaders rather than followers, with powerful personalities. They tend to be focused on specific goals, experience a wealth of creative new ideas and have the ability to implement these ideas with efficiency and determination. They tend to be courageous and sometimes aggressive. As unique, creative individuals, they tend to resent authority and are sometimes stubborn, proud, and impatient. (They also said this was a baby boy’s name, which made me chuckle and I’ll definitely tease her about it later.)

Reading this definition was what inspired me to write this blog in the first place though. I could not agree more with an explanation of someone’s name. She is all of these things and more. “Powerful personality” is the understatement of the century. I’ve never met someone so loud and literally out in some other world 85 percent of the time. “Unique” also made me laugh because I have vivid memories from her obsession with Bigfoot (politically correct however is the term sasquatch) from a couple years ago. I remember reluctantly being dragged out to Bigfoot conventions, hearing stories from the wackiest of the wackos and trudging through the woods in 20 degree weather making (I honestly wish I was joking when I admit to doing this) Bigfoot calls. As if this giant creature was just gonna come walking outta the woods all nonchalantly just because I made some weird mating noise. She is such a weirdo, like seriously so freakin’ weird. But as cliche as it sounds, I wouldn’t want it any other way.

This past year especially has brought the two of us so much closer, and I still can’t put my finger on why. Maybe it’s because the gap in our ages is getting less apparent, or it could be because she’s getting a little more mature and I’m getting insanely less mature (life’s more fun this way). But seemingly overnight, we found ourselves falling into the “big sister, little sister” stereotype that had never applied to us before. She would back me up in little white lies to mom and dad, “Mom I swear we came straight home after! The McDonald’s cup is from another time!!” And I would find myself teaching her the tricks and hacks of life that I had hid from her before, “…and here’s how you turn off the tracker on your phone without anyone knowing.”

Anyway, secret sharing aside, this whole year has changed my outlook on a lot of things. One of those being my little sister. From the dance parties in the car, to late night conversations about her middle school drama, from all the hilarious Snapchat videos, to the inappropriate movies that I let her watch that she probably shouldn’t watch yet — I have learned to appreciate Hadley in ways that I never have before. Appreciate the fact that we can go from legit fist fighting to laughing in .2 seconds. Appreciate her laughing at my dumb jokes. Appreciate the fact that she always loves me — even if she doesn’t always like me.

This year I found a best friend in the last person I would ever think could fit that role, and I couldn’t be more thankful.

Ainsley is a teenage girl who currently lives with her family in Olmsted Falls, Ohio. Ainsley loves big cities, pretty sunsets and cute dogs. She fills her time by dancing, reading good books and singing in the shower. Ainsley hopes to pursue a career in journalism and write for a women’s magazine. Until then however, she is just working on making it through high school.